Racism In Our Midst 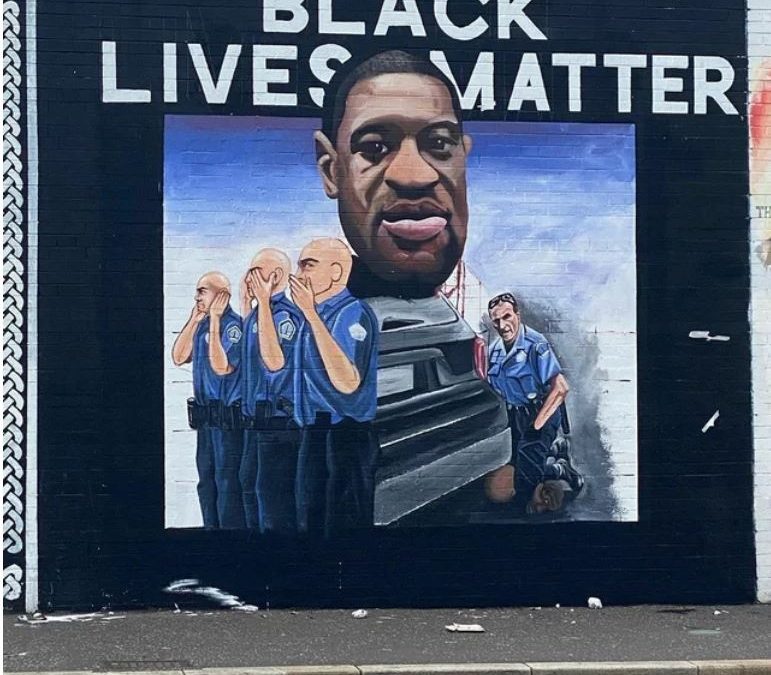 I wrote the following feature seventeen years ago. It was published in August 2003 in the Andersonstown News and is as relevant now as it was then, because racism remains pervasive, both subtle and explicit – clearly in the USA, as witness the killing of George Floyd, but also within our community along with sectarian mindsets, sexism and homophobia.

Racism in our Midst

A friend of mine was walking down Castle Street last Tuesday afternoon, around 5.45.  I don’t want to identify him, except to say that he is an ex-prisoner, is middle-aged, a grandfather, and would be loath, like those of us of a certain age, to get involved in a physical fight (if, in any case, he was ever a scrapper). Let’s call him Martin.

Martin holds, in my opinion, sound radical views, would forcefully argue his case in most company, and works in a range of political campaigns, giving up days and evenings to hard slog.

To most Belfast natives there is a presumption that Castle Street is ‘nationalist’, the way the North Street area, around the Shankill taxis, would be loyalist. We might not like it that way, and traders might object to such categorisation, but that is the perception, if not the reality. And so, for my purpose, I will assume that the gorilla I am about to talk about comes from the nationalist community.

Martin was walking past the side doors of Primark, towards Castle Junction, and coming up behind him was a big guy whose size gave him brawns but clearly no intellect. This guy was tall, well built, had fair hair and was in his late twenties. If you are out there and can read, I would love to meet you. Yes, God must have sneezed and had his back turned when he was asked how much brain you should be given.

He was given a peanut. Although, to blame it on God is only to excuse the behaviour I am about to describe.

Coming towards Martin was a black family: a father, mother and about four or five kids, who were all chatting and smiling, and who had been shopping. Peanut welcomed them with chimpanzee noises and shrieked into the face of the father: “Ehhhhhhhh, Ehhhhhhhhhh, Ehhhhhhhhhh!” and danced with his arms akimbo, and his fingers spread under his armpits like a chimp’s. The father smiled weakly, possibly to mollify his terrified children and distressed wife, or because he had experienced this often before, drew on the dignity of his offended race, and made his way around Peanut who shouted: “Nigger go home! Niggers, go back to fucking Africa!”

Martin said that the father could probably have trounced Peanut who might have been intoxicated or been on drugs, but again that is no excuse, because, as the saying goes, in vino veritas. Martin was absolutely shocked and ashamed and wanted to hit Peanut but was actually afraid – and I sympathise with him. How many occasions in our lives have cowardice and the survival instinct prevailed over courage and nobility? But, even as I write this, my imagination is sparked, and in the perfect scenario and denouement, and with a great feeling of satisfaction, I have either Martin, but preferably the black fella, kick the shit out of Peanut up and down and around Castle Street – and around Corn Market for good measure.

Three weeks ago someone painted on a wall close to Kellys Cellars in Bank Street, “Niggers Go Home”. However, so outraged were at least two people that – fair play to them – they replaced this slogan with, “Racists Go Home!” 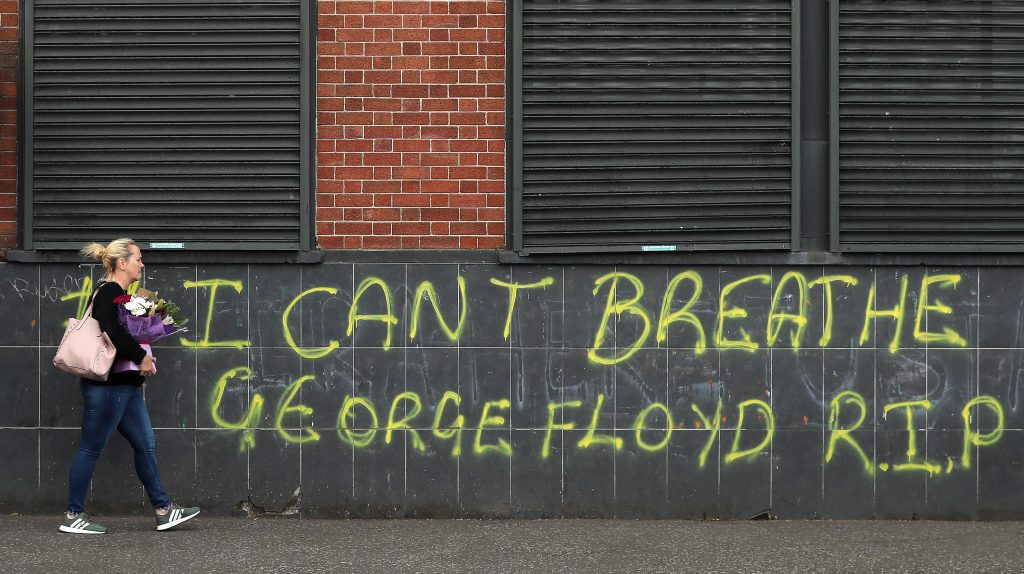 How do we deal with racist behaviour?

Those of us involved with Féile an Phobail or left-wing politics promote inclusivity, tolerance, reconciliation, internationalism and anti-militarism. Domestically, we are anxious to make peace with our opponents.

Clearly, the nationalist community, though certainly not through the exertions or official stances of the SDLP or the Catholic Church, sympathise with and actively support a range of progressive causes from Palestinian self-determination on one hand to gay liberation on the other. We want to know about the model that is the Cuban health system, or about the struggle for power in Venezuela by a besieged, left-wing President, who has, and only by a whisker, already survived one US-supported coup attempt. Such debates and discussions would draw few or no audiences in unionist areas.

Thus, is our community assumed to be radical and progressive. But we should not kid ourselves and should avoid smugness, because there are gorillas in our midst, of the kind that emulated one in Castle Street last Tuesday, no offence to gorillas.

Despite all this, despite, for example, Féile an Phobail’s marquee being filled with people of all creeds, ethnic groups and races, despite international nights and bands from Senegal or South Africa or Latin America, there are swathes of our community which are inveterately racist, homophobic, anti-Traveller, and with whom the real battle for hearts and minds lies. That is a task in addition to confronting the insidious sectarianism in our community that allows words like “Orangies” and “Bluenoses” and “Huns” to slip so easily into our everyday usage.

Finally, some years ago I was in a dressing room at a local leisure centre when I overheard one fella say to his mates: “Aye, your man’s a fucking queer. A big fucking fairy.”

I couldn’t help myself, wished to draw him out, and said: “Yeh, but what do you think of that black bastard Nelson Mandela.”

“Here, Nelson Mandela’s a sound man,” said the offended homophobe, with no sense of irony. “I don’t appreciate that type of talk, if you don’t mind, mate.” 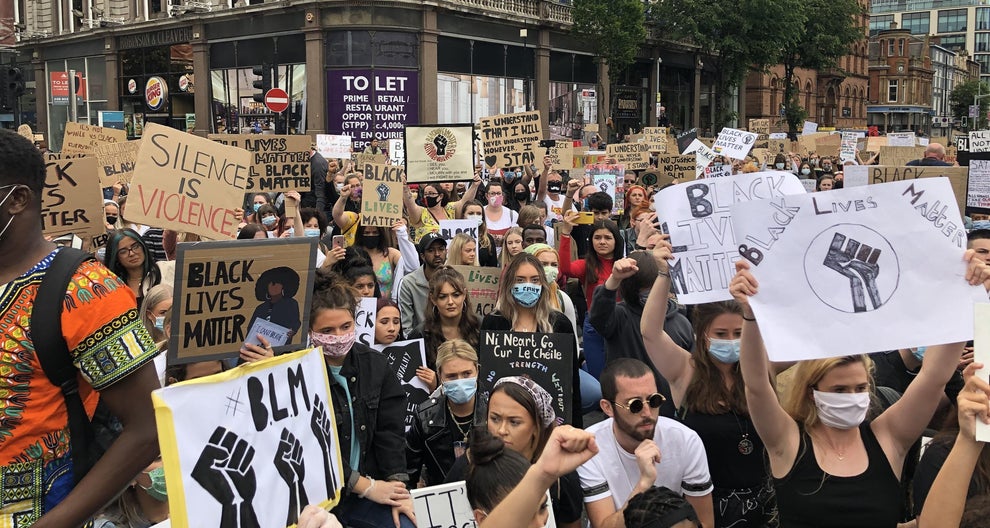