Appeared at Scribes, a literary event organised by the Cork Life Long Learning Festival, last Friday in Spailpín Fánach on South Main Street. It was organised by Tina Neylon and was chaired by the irrepressible raconteur Seamus Hosey, former producer in the Features & Arts Department of RTE. I read from Rudi and sold those books I had brought with me. I was in excellent company.

Also reading was Cónal Creedon (Cork), a very funny writer who appeared at Féile an Phobail five years ago; Tony Macaulay (from the Shankill area of Belfast) whom I did a reading with recently in the Falls Library; and Jamie O’Connell (a young writer from Cork) who recently published his debut collection of short stories.

I met up with lots of writers and poets, including Sean McCarthy whose excellent novel Citizen Dwyer, I mentioned some time ago, and Conor McManus who told me about his short story,
Fishing In Leitrim, which has just been published in Crannóg, the literary magazine which publishes poetry and short fiction. 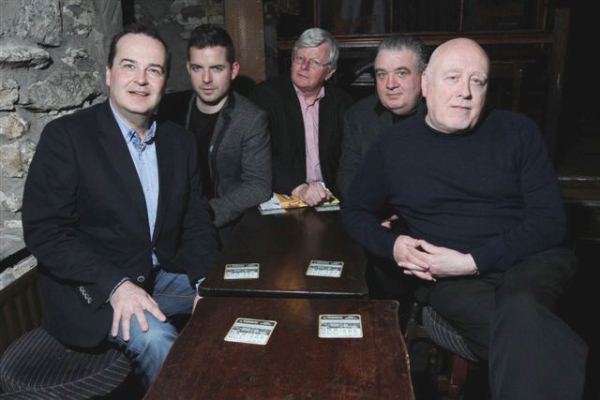