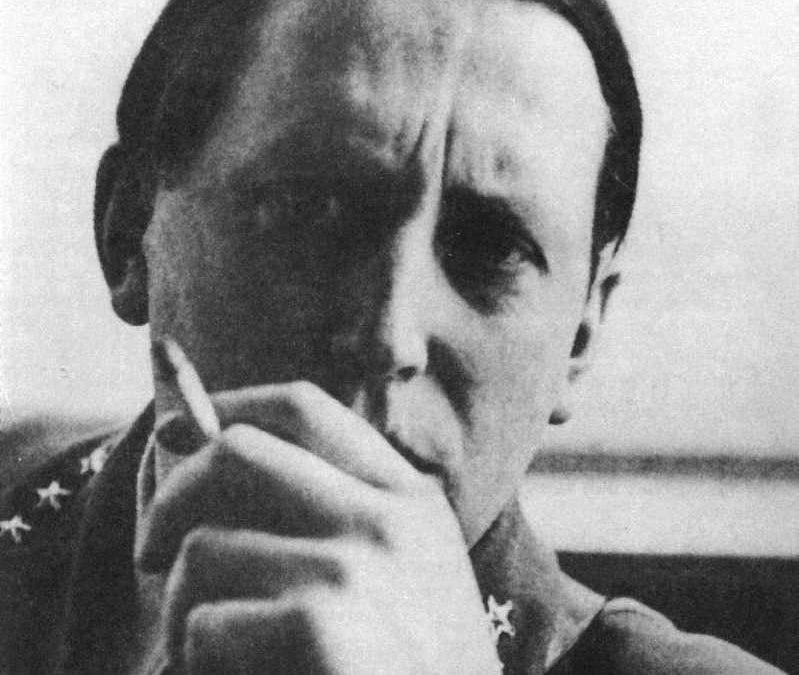 This is a photograph of Nordahl Grieg, a Norwegian, who was killed as a war correspondent on a bombing mission over Berlin. A poet, novelist and journalist, he was a Stalinist until the Molotov-Ribbentrop Pact between Hitler and Stalin at which point he became an ardent patriot. His body and seven other members of the Lancaster Royal Australian Airforce crew were never recovered. Today, he is revered for his anti- fascist poetry. 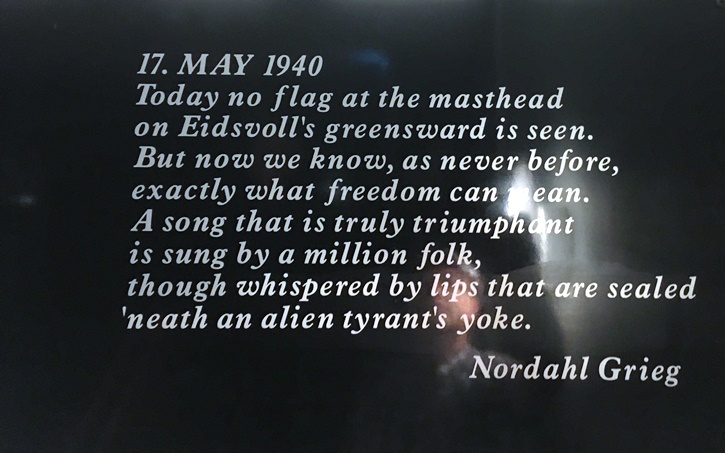 This example of his poetry is displayed in the Resistance Museum in Oslo, which I visited last week when I attended a seminar about the Good Friday Agreement. 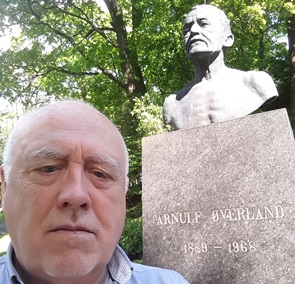 In the afternoon I walked to Vår Frelsers Gravlund (the Cemetery of Our Saviour) and visited the grave of playwright Henrik Ibsen, painter Edvard Munch and poet Arnulf Øverland. Øverland’s poetry inspired the Norwegian resistance to the Nazi occupation. He was imprisoned for four years in a German concentration camp. Here are some excerpts from his poem Du må ikke sove! (‘You Must Not Sleep!’), written in 1936 and warning about the rise of fascism.

You oughn’t abide, sitting calm in your home
Saying: Dismal it is, poor they are, and alone
You cannot permit it! You dare not, at all.
Accepting that outrage on all else may fall!
I cry with the final gasps of my breath:
You dare not repose, nor stand and forget

Pardon them not – they know what they do!
They breathe on hate-glows, and evil pursue,
They fancy to slay, they revel with cries,
Their desire is to gloat, when our world is at fire!
In blood they are yearning to drown one and all!
Don’t you believe it? You’ve heard the call!
(…)

And then they’ll leave home for a rainfall of steel,
’Till last they hang ragged on barbed wire will,
Decaying for Hitler’s Aryan call,
That is what a man’s for – after all. 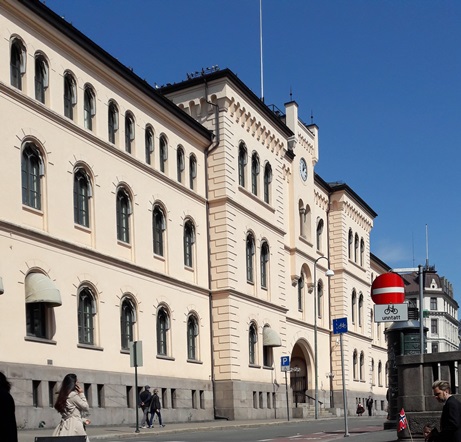 This is the old police building at Møllergata 19 where Vidkun Quisling was interrogated after the war before being taken to Akershus Fortress and executed by firing squad in 1945. Quisling, a failed politician, headed a puppet government from 1942 onwards on behalf of the Nazis. During the occupation this was the headquarters of the Nazi security police where prisoners were interrogated and tortured.

The Resistance Museum is now in the Akershus Fortress!