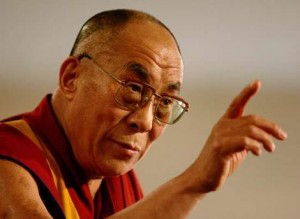 Finished the ‘Rolling Stone Interviews’, published 2007. Pete Townshend on what comes first: “When I write a song, what I usually do is work the lyric out first from some basic idea that I had, and then I get an acoustic guitar and I sit by the tape recorder and I try to bang it out as it comes. Try to let the music come with the lyrics.”

I was surprised at the bitterness of John Lennon towards Paul McCartney. And his bitterness and cynicism:  “Fuckin’ big bastards, that’s what the Beatles were. You have to be a bastard to make it, that’s a fact, and the Beatles are the biggest bastards on earth.” What do you think the effect was of the Beatles on the history of Britain? “We all dressed up, the same bastards are in control, the same people are runnin’ everything. It is exactly the same.

“We’ve grown up a little, all of us, there has been a change, and we’re all a bit freer and all that, but it’s the same game. Shit, they’re doing exactly the same thing, selling arms to South Africa, killing blacks on the street; people are living in fucking poverty, with rats crawling over them. It just makes you puke, and I woke up to that too.”

One of the most revealing interviews is that conducted by Andy Warhol with Truman Capote about the latter’s 1972 assignment on behalf of the magazine to cover the Rolling Stones’ Exile on Main St. tour, which came to nought due to the amount of drugs taken and author disillusionment!

“They had this doctor on the plane who was a young doctor from San Francisco, about twenty-eight years old, rather good-looking. He would pass through the plane with a great big plate of pills, every kind you could imagine, everything from vitamin C to vitamin coke…”

Regarding drugs, Jagger had an observation about Keith Richards that even though drugs might induce some worth art it took so long to gestate that without drugs you would have been more worthily productive. In his interview with P.J. O’Rourke Hunter S. Thompson makes a similar observation: “it took me about two years of work to be able to bring a drug experience back and put it on paper.”

He tells a story to illustrate the mentality of the druggie: “It’s like in the Three Stooges, that story where they were out in the rowboat in a lake and it sprung a leak. And the boat was filling up with water. So they decided to bash a hole in the bottom of the boat to let the water out. Now that’s drug reasoning.”

Perhaps the silliest interview in the book is with the Dalai Lama and his philosophy and reasoning about how unhappy rich people really are! “… an overly polarized economy can become one cause of a civil war. When there is too much of a gap, some agitators can easily organize the poor people, as they can claim to be fighting for equality or for justice. So therefore, if we return to an ever more huge gap, then due to such conditions within societies, many troubles are bound to come. That being the case, in the longer run it is in the interest of the richer people themselves to make sure that there is a less-extreme gap between themselves and the poor around them. In this way, they will realize their enlightened self-interest in sharing…

“…is it worth it to engage in all the stress of amassing huge wealth?

“On the other hand, if they instead think, “I’m so rich. If I help these poor ones in front of me, if I help their health, if I help them develop skills and good qualities, then these poorer people will really like me…

“…So the rich should make a conscious decision, on their own volition, to make their contribution, share the wealth that has come to them from their past good karma.”

Ozzy Osbourne on drugs: “One minute, we were a rock band doing coke. The next, we we’re a coke band doing rock.” There is also an ironically funny juxtaposition in the interview regarding his glowing comments on his wife Sharon whom he considers to have saved him.

“All my life, I used to be called a dummy. She was the one who didn’t. She encouraged me. She got my ass in gear. We’re the greatest team on earth,” he says, only to be next asked: You were arrested in 1989 for trying to kill her in a drunken rage.

To which he answers: “It has not always been bliss.”

Interviewed by Graham Spencer who is writing a book about Irish republicanism. Must be the third interview in as many years. Interviewed by Sarah Tuck, a PhD student who is researching contemporary photographic practice and its relationship to the duty of memory and ideas of justice. Interviewed by Brian O’Connor (Irish Times) for an RTE documentary on the Irish News.

23rd March. Did BBC Good Morning Ulster interview regarding Owen Patterson, the Secretary of State’s statement in the USA that we are now moving “beyond the politics of the peace process.”

Bought ‘Herman Hesse – A Pictorial Biography’ in Oxfam Shop in Castle Street for £2.90.