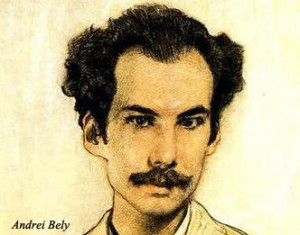 Finished ‘Second Readings’, an excellent anthology of summaries of fifty two great novels by Eileen Battersby, literary critic at the Irish Times. Of course, now I have to add several more novels to my list of books I must read before I die which will take their place besides the three dozen patiently awaiting their turn in my bookcase. The search begins for: ‘So Long, See You Tomorrow’ by William Maxwell; ‘The Expedition Of Humphrey Clinker’ by Tobias Smollett; ‘The Optimist’s Daughter’ by Eudora Welty; ‘Petersburg’ by Andrei Bely; ‘Death In Rome’ by Wolfgang Koeppen; and ‘The Recognitions’ by William Gaddis.

Did interview with a young American student, Geoff Lyszczarz, re what it was like growing up during the Troubles.

1st April. AGM of Féile an Phobail, held in Culturlann. Was re-elected to the management committee.

31st March. Finished ‘Berlin’ by Antony Beevor. The Soviets fought courageously but their heroism was completely sullied by their mass raping of German girls and women of all ages.

29th March. Interviewed by Richard Reed, School of Politics, International Studies and Philosophy at Queen’s University who is working on a research project, a critical appraisal of the predicaments of contemporary loyalism.

26th March. Visited St. Fin Barre’s Cathedral in Cork, in which I hope to set a scene for my novel, ‘Rudi’, which I am currently re-working.

25th March. Introduced speaker Tim Brannigan at a literary event at Cork’s Lifelong Learning Festival (which is now twinned with Féile and Phobail). Tim read from his forthcoming memoir, ‘Where Are You Really From?’.

22nd March. Interviewed by Maylis Konnecke, a second-year PhD candidate at Queen’s University whose project is about the interaction between politics and religion. She is focussing  on the DUP and the Lebanese Forces (LF) in Lebanon and is exploring the notions of compromise and resistance.

21st March. George Galloway, Respect MP, here for dinner. Later took him over to St Kevin’s Hall in North Belfast for ‘The Gerry Kelly Show’ where he appeared as a panel guest of the Sinn Féin MLA.

16th March. Interviewed by by Theresa Crapanzano, a doctoral candidate in the School of Journalism & Mass Communication at the University of Colorado at Boulder re her dissertation research on media coverage of the 1981 hunger strikes.

Finished ‘Brooklyn’ by Colm Toibin, the story of Eilis Lacey from Enniscorthy who emigrates to the US in the early 1950s but it called home due to a family bereavement. Very nicely paced novel. Deceptively simple. However, it defies the usual admonition to writers that one should ‘show not tell’, yet it somehow works.

9th March. Interviewed by Mike Thomson, presenter of BBC Radio 4’s investigative history series, Document. The topic was publicity/propaganda and ‘news management’ in the early 1970s during the conflict, particularly the activities of the Information and Research Department (IRD) which was sent here by MI6 to defeat the Republican Movement! It was based at Thiepval Barracks in Lisburn, though it had other people scattered around the place, in a variety of British newspapers, but also in perpetuity in the Horse and Saddle bar of the Europa Hotel! The programme goes out, I think, on Radio 4 on 22nd March at 8pm.