All my reading life, especially in those earlier years when I was immortal and time was infinite, if I began a book I would finish it, regardless of how poor or disappointing. But with old age, and shelves of novels and memoirs one will never get around to read, some books now get dropped if they haven’t impressed in the first thirty pages. 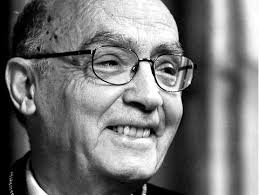 I was almost on the verge of giving up on The History of the Siege of Lisbon by José Saramago (pictured), an author whose work I really like, despite his paragraph-long sentences, minimal punctuation, and streams of dialogue in which whom is speaking is not readily flagged. I stuck at it and suddenly, around page 100 or thereabouts, everything fell into place and became immensely rewarding and satisfying and had me laughing aloud at the shenanigans of the main character.

Raimondo Silva, a proof-reader for a Lisbon publishing house, is a fretting, conscientious middle-aged bachelor, who stops dyeing his hair (which is a major decision), then falls in love with his commissioning editor, whilst he is writing a fictionalised version of the actual four-month siege of Lisbon in 1147 when the Moors were ousted by the Christians who established the Kingdom of Portugal.

But it is more than that. It is about the unreliability of the writing of history and about how trustworthy are historians who often speculate and interpret incorrectly as well as subjectively.

He writes beautifully with great imagery: “… I can see… the fleet of the crusaders sailing down the river, the smooth water glistening as only water can, and all blue, the colour of the sky overhead, the oars move slowly up and down, the ships resembling a flock of birds that drink as they fly close to the surface, two hundred migratory birds named galleys, long-boats, and cargo ships…”

1st August. Interviewed by Dr Lachlan Whelan from Indiana University-Purdue University for his essay about ‘images of the informer and the interrogator in contemporary Irish writing.’ He is quoting from my novels, West Belfast; On The Back Of The Swallow; and The Wrong Man.

18th July. Interviewed on the Nolan Show with Nelson McCausland, discussing the film 66 days. Interviewed by my 13-year-old grandson Lorcan for a video project about growing up in the last century!

13th July. At the commemoration in Galbally Cemetery for the 35th anniversary of the death of Martin Hurson who was just 25 when he died on hunger strike after forty-six days.

10th July. At a commemoration and wreath-laying ceremony at the Roddy McCorley Club grounds for the 35th anniversary of the death of Joe McDonnell on hunger strike. Speaking to Goretti, Joe’s wife, and the McDonnell family.