‘Some Will Be Innocent’ 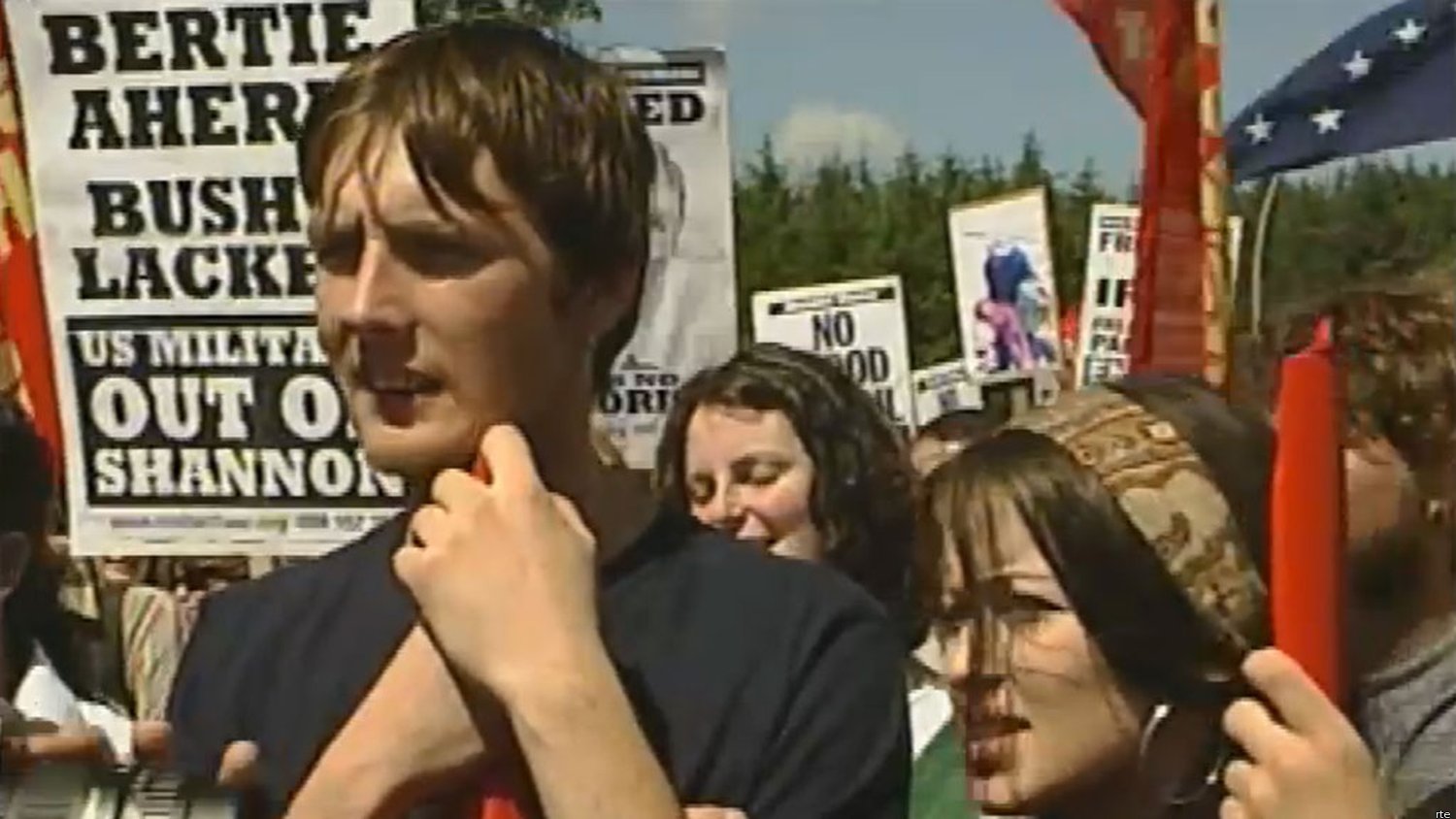 “I’ll be with you, whatever,” was what Tony Blair told George Bush regarding Bush’s plan to bomb and destroy Iraq. It is a damning indictment contained in the Chilcott Report into the war in Iraq. Millions of people around the world tried to stop the war before it began but were undermined by many politicians and gung ho journalists in support of invading a country which had no connection with the attacks on the USA on 9/11.

‘Some Will Be Innocent’ is a feature I wrote which was published in February 2003, a week after we marched against Blair and Bush’s plans to wage war. Here it is:

How long does it take to cast a vote? In the city – around half an hour at the most, maybe? But how long does it take to march through that same city? Or travel to that city for a march? Allow yourself plenty of time to travel if you are coming from outside. Allow yourself the whole day.
That was the commitment of ordinary people expressing their will against an unjust war. And for hundreds of thousands this was their first political demonstration, so strongly do they feel that a war against Iraq is immoral.

I marched in Dublin in one of the biggest demonstrations the capital has ever witnessed. And if I were Taoiseach Bertie Ahern I would take note of the angry mood of the people, including the results of a new opinion poll which show that the majority disapprove of the use of Shannon airport by US forces.

WERE elections available, were the chief war mongers Bush and Blair to run on a manifesto of attacking Iraq, then millions – including, in Tony Blair’s case certainly, many of his erstwhile supporters – would reject them at the ballot box. Six hundred cities! There were marches against Bush and Blair’s proposed war on Iraq in six hundred cities across the world last Saturday, from Belfast to Berlin, from Dublin to Detroit. The last time there were numbers like that on the streets was at the height of the Vietnam War, yet these demonstrations were held even before the first shots of war have been fired, the first photographs of innocent dead have appeared.

The attitude of Tony Blair in his speech to a Labour Party conference in Scotland last Saturday was sickening and patronising. He said: “I do not seek unpopularity as a badge of honour. But sometimes it is the price of leadership. And the cost of conviction.”

Who the hell does he think he is, that his convictions are more important than the next million persons’? He went on to describe rogue states which have Weapons of Mass Destruction as “answerable to no democratic mandate, so are unrestrained by the will of ordinary people”. Does he not appreciate the irony? Has he a democratic mandate for making war? He is so democratic that he won’t even put the issue to a vote in the House of Commons and, despite the massive size of the march in London, he appears unrestrained by the will of ordinary people. His speech included reminders that Saddam killed a million people in an eight-year war with Iran. He omitted that Saddam used mustard gas laced with nerve agents to kill many of those young Iranian conscripts and that in locating his victims he was guided by USA satellite intelligence, after relations with the USA had been restored. He omitted that the man who restored relations with Iraq back then was Donald Rumsfeld, the current US Secretary of State.

Blair reminded us that Moslem Kurds in northern Iraq had been butchered, and prisoners tortured, but omitted that throughout this period – including when Saddam used gas on thousands of civilians in 1988 – Saddam was a great trading ally of Britain which maintained full diplomatic relations with his murderous regime.

Blair said that 135 out of every 1000 Iraqi children die before the age of five but omitted the numbers of children that had died through disease and malnutrition as a result of sanctions. The one truth that Blair uttered was, “If we remove Saddam by force, people will die and some will be innocent. And we must live with the consequences of our actions, even the unintended ones.”

Live he will: die they will.

What is the case against Iraq? Two Brownie photographs taken from outer space which even UN weapons inspector Hans Blix has politely ridiculed, and a plagiarised ten-year-old PhD? The USA and Britain said they had the proof and demanded that the weapons inspectors be allowed in – believing that Saddam would refuse them access and thus hand the USA a causus belli. But the inspectors were allowed in and the USA and Britain haven’t produced the proof, have relied instead on rhetoric and whipping up mass fear which has only raised suspicions that the war is about other issues, perhaps oil or as a deterrent to other rogue states. While Saddam is a cruel dictator he is no different from the normal cruel dictators the USA is routinely allied to. Yes, the Iraqi people are entitled to freedom. Just are the Palestinians who have asked for help, who are being killed and tortured and whose land has been invaded by a foreign power which has weapons of mass destruction and which has ignored US resolutions not for ten years but for thirty-six years.

If Saddam can be overthrown in conjunction with the Iraqi people, and not some exiled businessmen being groomed in Washington but people who are willingly prepared to sacrifice their lives and who wish to replace him with a democratic, secular republic which will eliminate poverty and injustice then the world would not balk at helping them. It is just that we do not believe that this is what it is about and the track records of the USA and Britain are not reassuring. The people who will die in a US/Brit war on Iraq are the innocents, by the hundreds, by the thousands, whose opinions were never sought. So, in Blair’s case, a war for ‘democracy and freedom’ is to be waged on behalf of people who have not asked for help, against those people, by a government which has little support from its own people and is not prepared to consult its own parliament. Brilliant.

And, in Bertie Ahern’s case (who in regard to the North once lectured that no land is worth shedding one drop of innocent blood), instead of giving leadership he will sit on the fence rather than raise his voice on behalf of Irish people against what is clearly an unjust war.