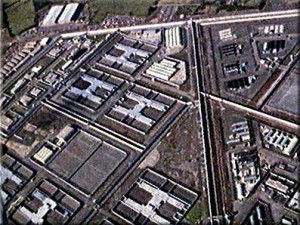 On 30th December I wrote a short piece for the Irish News re the state papers.

Did a number of interviews re the release of state papers under the thirty-year rule with specific reference to the I981 hunger strike. Was interviewed by BBC Radio Foyle, RTE television, the Irish Independent, the Irish Daily Star, Radio Ulster’s ‘Evening Extra’ and RTE radio’s ‘Drivetime’.

Finished ‘So Long, See You Tomorrow’ by William Maxwell, a taut little novel, not un-reminiscent of the atmosphere depicted in ‘To Kill A Mocking Bird’.

29th December. Interviewed by Barney Rowan for Saturday’s Belfast Telegraph on revelations contained in the state papers from 1981 concerning the hunger strike. The transcripts of telephone calls between Brendan Duddy of the ‘back channel’ and London show that, contrary to Richard O’Rawe’s allegations, the British hadn’t even formulated their position when I visited the hunger strikers in the prison hospital on Sunday, July 5th.

28th December. Finished ‘Conversations in Bolzano’ by Sándor Márai, a fictionalised account of the encounter between Casanova, after his escape from the Doges Palace, and a former love rival. He goes in for longeurs, monologues which challenge the suspension of disbelief to breaking point. He used the same style in ‘Embers’, which I was going to say, from memory, was tiresome but I see from my review last February that I actually praise it. Funny thing – memory!

26th December. Finished my review of Tommy McKearney’s book, ‘The Provisional IRA’, for An Phoblacht which I was supposed to have written months ago!

15th December. Finished ‘Soul Mountain’. Full of stories and insights into village life, and interesting pieces about the topography of parts of China, but disjointed and not as enjoyable as, for example, ‘The Wanderer’ by Knut Hamsun.