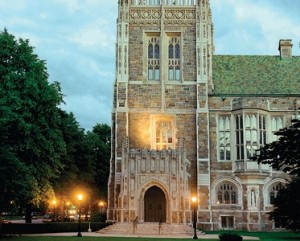 In an editorial on the 16th May in the US paper, the Irish Echo, ‘Standoff Turns On Credibility Of Threats’, Ray O’Hanlon raises the question of how credible are the claims by Ed Moloney and Anthony McIntyre in the Boston College archives case that there is a grave risk of physical harm to them and their families should the US justice system hand over the tapes to the British authorities. I wrote a response to this editorial and, relying on the demeanour of the two men themselves, I ridiculed the claim that ‘the twins’ are terrified and quaking in their boots! Here it is:

Ed Moloney has ridiculously claimed that there is a “possibility that the IRA could abduct and torture [McIntyre] to learn the names of others who co-operated with the Belfast Project”, as if the identities of the participants are not already known in republican circles. Equally ridiculously, the pair, invoking patriotism as a last refuge, hilariously claimed that the release of the material “could be immensely destructive to the peace process in Northern Ireland” and could damage Gerry Adams!

I oppose the tapes being handed over for a variety of reasons, though here I wish to deal with the issue of alleged risk.

I do not accept that Moloney or McIntyre fears for their safety. I believe that claim to be spurious and contrived, aimed at mustering support among the Irish American community to prevent exposure of the mess these two men have made.

I say this because for the past 15 years McIntyre has courted controversy, has been a relentless critic of Sinn Féin and has spent his writing life ridiculing the IRA and mainstream republicans and accusing them of having sold out. Indeed, the title of his book is ‘Good Friday – The Death of Irish Republicanism.’

Nor did Twomey or McIntyre show any fear of extreme Islamist reprisals (arguably, a greater threat than the ‘neutered, sell-out IRA’) when in 2006 they decided to publish on their website controversial Islamophobic cartoons about Muhammad, first published by a Danish newspaper, which led to violence across the world and the loss of over one hundred lives. Indeed, Twomey boasted then that, “They [the mainstream media] buckled under fear and threats,” unlike her and her husband.

Dozens of republicans (including myself) were slandered in the Boston College interviews that McIntyre did with Brendan Hughes (subsequently published by Ed Moloney in ‘Voices From The Grave’).

Did McIntyre or Moloney balk at the publication of that book? No. Did either express at the time any fears for their safety? No. Have they ever moderated their fulminations about the ‘great sell-out’’ that would indicate they had on-going concerns for their safety from those slandered in their interviews? No.

Ed Moloney and Anthony McIntyre have declared that if the tapes are returned they will go to prison rather than identify their sources. How noble. However, the people likely to be arrested for questioning are the gullible interviewees none of whose contracts explained what Boston College explained to the two instigators from the outset that the archive could not withstand subpoena.

I believe that this project was flawed and prejudiced from the beginning, that it was not ethically-based and was not a genuine oral history project drawing on a variety of contrasting IRA Volunteers’ opinions but drew on the bile and bitterness of a minority opposed to the peace process. I don’t have to spell that out. Suffice to say that the judge who listened to the twenty-six interviews carried out by McIntyre discovered that nine of them contained references to the kidnapping and disappearance of Jean McConville and that in the case of one interviewee this person made no reference to McConville until prompted by McIntyre. In other words, nine of the interviews criss-cross on one incident in the conflict – albeit a tragic and shameful incident.

Similarly, Ed Moloney’s book of selective verbatim interviews with the late Brendan Hughes had the same aim – to implicate and incriminate the Sinn Féin leader Gerry Adams in IRA actions. Moloney expressed no concern of grave risk of physical harm to himself when he published that book. (Indeed, far from being afraid he spoke in Belfast at a public meeting just a few weeks ago). Given that he expressed no concern about the impact of his book (and the spin-off television documentary) on the stability of the peace process then, why should we now take as serious his concerns that the repatriation of the tapes could wreck the Good Friday Agreement (which is far more resilient than he might wish).

The tapes should not be returned because of the damaging effect on future, genuine oral history projects and because many Irish republicans have been slandered in these tapes and falsely incriminated without ever having been given the opportunity by Moloney or McIntyre to rebut or refute the accusations – until, that is, those ‘terrified’ entrepreneurs Moloney & McIntyre Inc. have gone to lucrative print.