Cozying up to “The Man”? 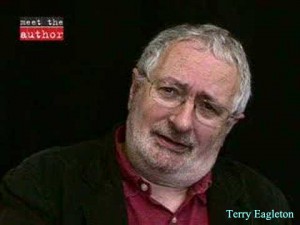 My friend Paul Larkin responds to a review by (the late Marxist?) Terry Eagleton who heaps praise on Fintan O’Toole’s recent book, ‘Ship Of Fools – How Stupidity And Corruption Sank The Celtic Tiger’. Paul writes:

Anyone, like me, who over the course of an adult lifetime has looked upon Terry Eagleton as a hero of the left must be wondering what is going on. Many would have read his paean of praise to Fintan O’Toole in The Guardian recently with a rising sense of  nausea; not least because Eagleton (not for the first time – see below), uses the worst of pro-colonial stereotypes whilst lauding O’Toole’s new book. This is not just a case of my Manchester Irish gorge rising, Eagleton is now being dissed in the liberal English Guardian for being, or aspiring to be, clever  for the entertainment of those at the “top table”. Is Eagleton trying to give his roots a blue rinse?

For those who know little of Terry Eagleton; suffice to say that this Salford Irish intellectual (yes, where this blogger was also born) raised an unashamedly Marxist standard in the battle of big ideas in the 1970s. Since then he has produced an amazingly prolific output of books. There is a useful profile of Eagleton in The Guardian, following the publication of his memoir.

The first book by Eagleton that I ever read   – ‘Criticism and Ideology – A Study in Marxist Literary Theory’ – was first published in 1976 at a time when (as Eagleton points out) the left believed that it was in a fairly strong position but was actually staring into an economic slump and full-blown Thatcherism. There is not space here to list all of Eagleton’s achievements but speaking personally I always liked Eagleton and was proud of him because: a) he never shied away from his Manchester Irish Catholic background; b) he seems to be genuinely non-sectarian and interested in all ideas and movements on the left; c) he has never changed (until now perhaps?) the essence of his beliefs.

To cap the above points, and perhaps because of them, Eagleton has generally brought a large dose of common sense to his razor sharp arguments. He very accurately describes left wingers, for example, as often having “an inflated estimate of minor disagreements” or having “impatience with bourgeois thought”.  Both descriptions will be recognised by any working-class lad or lass who have had the misfortune to sit through a meeting with intellectuals seeking to dispute the actual follicle count on Lenin’s bald pate. Unlike much of the Marxist left, Eagleton has a natural inclination to wrestle with issues that concern the vast majority of ‘ordinary’ people. For instance, what he calls the “intractable problems of humanity’s relationship with nature”, a subject which many a serious, wispy bearded revolutionary in his student garret would describe as being bourgeois tosh (before finally taking a full time job with Earthwatch and growing organic croissants in Oxfordshire).

I will come, dear, patient readers to my gripe with Terry Eagleton in a moment. What I wish to make very clear is my previously unbridled admiration for Terry Eagleton. Overall, I would argue that his literary and economic analysis is characterised by the fact that he insists that there is always a bottom line in ideas and the complex weft of how society treats ideas and artistic production.

Ideology, theory (and even a faith of sorts for Eagleton), permeates everything and everything is definitely not just relative and without necessary meaning. Yet Eagleton has shown that the revolutionary left has failed to cement whatever gains it may have made in the boom years of the late 1960s and, by the 1990s early 2000s, the ‘anything goes’ approach has been augmented by a ‘theory is dead’ and a ‘so, by the way, is spirituality’ approach by many intellectuals. Of course, those who wish to promote the individual in favour of the communal are simply arguing for greed and, to their shame, now include a good number of former socialists.

So this sets the scene when, in May 2007, I opened a copy of The Guardian and read Terry Eagleton’s review of Joseph O’Connor’s North American civil war book – ‘Redemption Falls’.

Amongst other things, which I agreed with, Eagleton said two things which appalled me: 1) Estranged from the metropolitan culture, Irish writers made it up as they went along, cobbling together bits and pieces of other people’s traditions to compensate for the fact that they lacked a canonical literary heritage of their own; 2) Irish writers may have bent the rules of realism, but the joke is that O’Keefe is not so improbable a figure. Several of the anti-colonial Young Irelanders on whom he is based had almost equally flamboyant careers. In his wanderings around the globe, he proves that if the Irish are a cosmopolitan race, they have the British to thank for it.

The O’Keefe referred to above is a character in O’Connor’s novel but what is this rubbish about Irish writers making it up as they went along? Moreover, the statement that Irish writers lack a canonical heritage completely ignores the influence (as one very important example) of literature in Irish (Gaeilge), which has a continuum going back to the 12th century and earlier. Just as one example ‘Lebor na hUidre’ – The Book Of The Dun Cow – was probably completed at the end of the 11th century and there is not space here to list the treasures of Irish literature which are contained within its vellum pages. They can be studied here.

Let’s just leave it with a reference to the Táin Bó Cúailnge (The Cattle Raid At Cooley) which can be read in ‘Lebor na hUidre’. As I write this essay I am looking at a Graphic Novel version of this very same story on my shelf. I sense the roar of a canon here.

The fact is that of course we ‘non-metropolitan’ Irish do have a canonical heritage but the fracture came not in the canon but in the language most of us use to invoke that canon. Was this point not the central issue in Ulysses, where James Joyce achieves the superhuman feat of writing Irish in his head and English on the page? As for point two above – we have the British to thank for being a cosmopolitan race? Aodh Mór Ó Neill was regarded as the third greatest military general of his age and most of the Gaelic aristocracy in the 17th century spoke at least four or five languages and had family members right across Europe. What is Terry Eagleton talking about?

I hope readers now understand why I spent some time explaining my admiration of Terry Eagleton, the better to understand my crushing disappointment when reading his review which can only reinforce English colonialist stereotypes about the Irish and our lack of a ‘native’ canon, or culture. Anything good that ever came out of Ireland, we got from the Brits of course and the rest we just made up as we went along with our peasant natural rhythm. Sound familiar?

So why raise all this now when Eagleton wrote his article in 2007? Because he has gone and done the same thing again.

Now, two years down the road, my sense of deep disappointment with Terry Eagleton has turned to anger. In this latest review, Eagleton describes O’Toole’s book as being “superb polemic” and I look in vain in the review for a Marxist dialectical argument that would take O’Toole’s points onboard and then give an analysis of a country that has still not shaken off the ‘C’ word – Colonialism.  Devil a bit of Marxist analysis there is in this review, which has the feel of an academic cozying up to The Man and bad cess to Eagleton anyway for singing the praises of a mouthpiece for partition in our country (which in fairness to Fintan O’Toole has always been the position of the ‘Liberal Protestant’ Irish Times).

It gets worse. Eagleton’s latest book review contains just about every stereotype of Irish people you ever heard!

(I now paraphrase) They all went to school together. They are the (financial) Wild West of Europe. They are one of the (economic) basket cases of modern Europe.

And here is a direct quote from the Eagleton review that describes Ireland as these two formerly unlikely bedfellows (O’Toole and Eagleton) see the country and its people: “Palms are greased, backs scratched and old pals promoted, often without much sense that this is anything other than the natural thing to do. The discrepancy between formal and informal codes in the country, between official behaviour and nods and winks, bulks large. Stretching a point or turning a blind eye is rife, in ways that would scandalise many a German or American. What may be agreeable in personal terms can prove lethal in public ones. It is the kind of thing that can happen in a country where everyone seems to have been at school with everyone else.”

So once again the message is reiterated: all this palm greasing wouldn’t happen in civilised countries like Germany or America (it’s too sensitive to actually mention the UK but you get the inference). Palm greasing happens in Sicily, doesn’t it? Oh yes and South Armagh, Finglas and Limerick because the Irish, like our cousins the Sicilians make ‘Cosa Nostra’ – Our Thing – up as we go along because we have no native canon of fiscal rectitude, unlike the Brits and the Americans. Would you give over Terry Eagleton! What are you doing jumping into bed with the likes of Fintan – “I can see where Ulster Unionism is coming from” – O’Toole?

In fact, this latest promulgation of anti-Irish stereotypes by Terry Eagleton is so bad that a liberal Guardian reader wrote to the paper the following week to complain about it (if one letter of complaint was published there were probably more).

William Coupar from Brighton wrote to the letters column of the Guardian Review (5th of December) basically asking whether Eagleton had forgotten that Ireland was a “marginal” country like Iceland with “poor land”.  William then goes on to say (and I quote):

“Terry Eagleton’s review suggests that he doesn’t comprehend this. How skittishly High Table of him to suggest that a return to third world status would be a just dessert for the land of his forefathers.”

I wrote this essay very reluctantly. Readers should also be aware that I wrote privately to Terry Eagleton in 2007 expressing my unease at his review of ‘Redemption Falls’. I sent the letter to Terry Eagleton’s then university department in Manchester. After several weeks without a reply, I rang the departmental secretary who confirmed that my letter had arrived. I’m still waiting for a reply.

Come back to us Terry.