Wrote a feature on the death of Margaret Thatcher which was published in today’s ‘Irish Examiner’.

WHEN Mark Thatcher went missing in the Sahara while taking part in an international motor race in Jan 1982, his ashen-faced mother, upset and distressed, appeared on television close to breaking down.

She prayed to God that Mark wouldn’t die, that he would be rescued.

Six months earlier Rosaleen Sands appeared on television, interviewed in the car park of Long Kesh, and prayed for her son Bobby, and asked Margaret Thatcher to compromise and resolve the hunger strike. We all know how Thatcher answered, and the mountain of suffering that nationalists in the North experienced under her premiership.

Ironically, this is the day, 32 years ago, that Bobby Sands was elected MP for Fermanagh and South Tyrone. Thatcher’s mantra to republicans before that was, “‘how can I talk to you, you don’t have a mandate”. But when Bobby got elected (with almost 10,000 more votes than Thatcher got in her constituency), the British prime minister rushed through an amendment to the Representation of the People Act to prevent any other prisoner being elected in his place.

When Gerry Adams, Martin McGuinness, and I were elected to the assembly in 1982, Thatcher issued exclusion orders against us, banning us from entering Britain on pain of a five-year prison sentence. My ban lasted 13 years. In 1988 she introduced the Broadcasting Act banning Sinn Féin elected representatives from being interviewed on radio and television. Yes, she was the Queen of Democracy for sure. 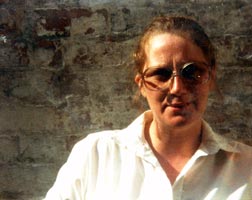 I remember the 10 men who died on hunger strike but also women and children her forces killed with impunity and immunity; people like 14-year-old Julie Livingstone, shot dead by the British army the day Francis Hughes died in jail; 11-year-old Carol Ann Kelly, shot dead a week later while getting milk for a neighbour; and on the morning of Joe McDonnell’s death in jail, my childhood friend Nora McCabe, a mother of three, shot dead seconds after going to buy a packet of cigarettes to calm her nerves.

These are just some of the names. The list runs to hundreds when we add to it those killed by loyalist groups that were rearmed and reorganised by British military intelligence, which reported to Thatcher until her resignation.

Thatcher sanctioned the use of supergrass trials which completely undermined the justice system. She authorised the shoot-to-kill policy and her colleagues subsequently undermined the attempt by Deputy Chief Constable John Stalker to get to the truth. She authorised the attacks on republican funerals and created an atmosphere of hatred and bitterness which ultimately led to the attempt on her life by the IRA in the Brighton bombing in 1984.

Of course, she also destroyed proud working-class communities in Britain with her social and economic policies. And over lunch one Sunday she ordered the sinking of the Argentinian Belgrano during the Falklands War even though it was outside the 200-mile exclusion zone and was sailing away from the area of conflict. More than 323 sailors died, many of them teenage cadets.

When Carol Thatcher, Margaret’s journalist daughter, travelled to the Falklands and Argentina to make a documentary on the 25th anniversary, one woman whose son died on the Belgrano said to her: “I never saw him again because your mother killed him.”

In 1986 she and US president Ronald Reagan ordered the bombing of Libya, which took the lives of over 130 civilians.

Some have argued that Thatcher stood up to the unionists when she signed the Anglo-Irish Agreement in Nov 1985 and should be given credit. But her motives were two-fold: She expected extradition to be made easier and increased security collaboration in the fight against republicanism. She was, indeed, also responding to the warnings from then taoiseach Garret FitzGerald that something needed to be done to halt the electoral rise of Sinn Féin.

In reality, it was the suffering and determination of the Northern nationalist community which forced change.

When Thatcher became prime minister in 1979 we know that on her desk was a secret assessment of the IRA by Brigadier James Glover, commander of land forces in the North. He said the IRA would continue with its war until there was an acceptable political settlement.

He rejected the official propaganda line which was the basis for the treatment of the men in the H-Blocks and the women in Armagh jail. He said that IRA volunteers were not criminals but were talented and dedicated.

Thatcher put my community through hell and her policies unnecessarily protracted the conflict. When it came to a political agreement on Good Friday 1998, the prisoners in the H-Blocks were given early release (an “amnesty”) which was recognition that the British knew they were political prisoners all along.

I was in jail (again as a result of her dirty war and use of agents provocateurs) when she resigned in 1990. One newspaper told this story: “‘The bad news,’ said a voice over the public-address system in a north London railway station, ‘is that a signal failure means another delay. The good news is that Thatcher’s resigned! Hip, Hip, Hooray!’ Most of the commuters cheered.”

I once might have cheered her passing. But now I am indifferent — though I will never forget what she did, and all those who died on her watch.