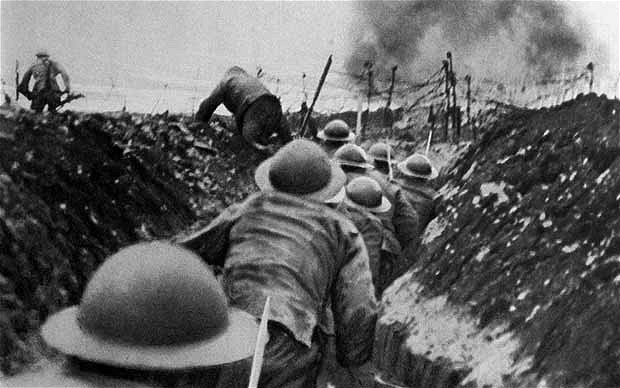 Former soldier and Shankill Road-born Glenn Bradley responds to criticism about an invitation to Martin McGuinness to attend a Somme centenary commemoration, a service at the Ulster Tower in France on July 1. It has also been reported in the media that some veterans are threatening to boycott the service if Martin McGuinness shows up (though clearly these veterans aren’t actual veterans of the Somme since all survivors are now dead).

THERE are moments, as I live here, that I witness crass insensitivity and gross hypocrisy that is so off the scale I actually cringe, grinding my teeth which with my aging body generates jaw pain. 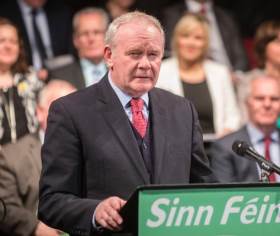 It’s been happening today, and over the past few days as I read and listen to some reaction regarding the invitation extended to Martin McGuinness MLA, and Deputy First Minister of this State who is invited to attend the 100 year commemorations of the Battle of the Somme.

The self-righteous drivel being spewed by some of the self-appointed guardians of ‘The Somme’ over the last few days is jaw breaking (for me) and so I jot a few notes which, I hope, are beyond propaganda and myth, rising above the political tribalism others wish to wallow in. I thank Danny for the platform.

The Battle of the Somme was fought by the British & French Empires against the German Empire from July to November 1916, and resulted in the death of around 731, 000 British & French soldiers and around 236, 238 German soldiers. Allowing for other casualties, it is fairly safe to state, over 1 million where slaughtered on an industrial scale in five harrowing months: over 1 million!

Citizens from across Ireland, participated in the Battle, largely through their service with the 16th, 36th and 10th Divisions, which recruited across the 32 counties in droves. Amongst those recruited where individuals who’d put their hand up as Irish and Ulster Volunteers, at the time following directions from the respective political leaders of their Movements, to enlist.

An estimated 16,000, that is around 2% of the British and French Empire dead killed at the Somme, where Irish from mainly the 36th and 16th divisions. It is a matter of record that the 36th whose courageous but foolhardy charge on the 1st July morn saw almost 5,500, alone, from the Division killed during the opening three days of the Battle (1-3 July 1916), amongst them my great maternal grandfather, and other relatives who where also West Belfast Ulster Volunteers. It’s also a matter of record, that many of the 36th had advanced so far into enemy lines that they became detached from the wider front of the British advance, and where killed, by their own artillery.

It’s a matter of record that the 16th courageously took the villages of Guillemont and Ginchy. In doing so the Division lost almost 4,500 men, and gained a reputation as first class shock troops. A reputation that would inflict further heavy casualties on the Division in later battles as they where ‘sent in first’.

There is no doubt that both Divisions wore unregulated sentimental clothing and symbols going into battle. The Germans reported members of the 36th yelling a war cry of “No Surrender” as they swept through the first German lines, shooting and bayonetting their enemy, many in Orange sashes.

The Germans in Ginchy also reported members of the 16th (having captured their objective) continue to chase after fleeing enemy troops yelling “No Kaiser, For Ireland”, many wearing green ribbons.

Nine Victoria Crosses where won for bravery during the Somme and of these four were to members of the 36th (during the Great War 1914-18 there where a total of 32 Irish VC recipients from all 3 Irish Divisions).

Today, the dead of the Somme, lie side by side, irrespective of their Unit, religion, political ideology or allegiance. All died following their orders, some in their service to the then deceit “that small Nations might be free” while others to their notion of camaraderie, friendship or brethren.

None of us, living today, regardless of our own recent violent experience, can actually know the horror of Trench Warfare or the carnage of the Somme.

While many of us today can claim ancestry or heritage to those that fought, it is pathetically sad that some individuals or body of people, now in 2016, attempt to claim they ‘absolutely’ represent all the dead of the Somme or propose the suggestion that some dead are more ‘credible’ than others.

In 2016, it is befitting that all Citizens, born on this Island, from either present jurisdiction and regardless of political aspirations for the future of this place should pause to remember and/or commemorate the Irish contribution to the Imperial Army, because it was huge.

Thus my tuppence worth: as an Irishman hailing from the proud province of Ulster who once also carried a rifle in service to the Crown, it is right, that an invite was sent to the DFM Martin McGuinness MLA to attend the commemoration at the Somme, France, this July 2016. It is correct that political representatives commemorating from any nation reflect the diversity of the dead of that awful battle. Now, in 2016, it is legitimate and perfect sense that all the Irish dead of the Imperial Army are commemorated.
Fág An Bealach!
Glenn Bradley
18th May 2016