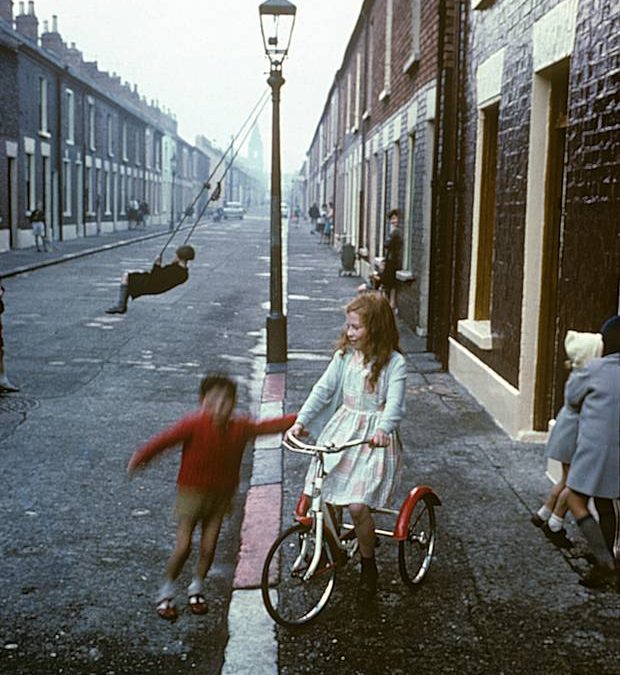 I don’t agree with everything in this feature by George Madden but it makes some interesting points. Over the years I have come to object to the way that some – including some Irish republicans – still assume a privilege of Irishness. There is a British component to my identity – the English language, The Beatles, Graham Greene, soccer – that I cannot deny. How could it be otherwise? I was born under this and into this.

I’m an Irish Republican, born and raised in Belfast. I want to see the festering open wound of partition healed and for harmony to prevail across our divided homeland. However, I could not in good conscience support the Sinn Féin vision of reunification if such maintained the idea of retaining Stormont beyond, say, a decade transition period.

Of course, we could after a decade conduct a national Referendum to decide whether to change our existing unitary state system. To do otherwise, would be to undermine the integrity of the Irish nation and again allow a minority to usurp the will of the majority. That said, considering our troubled past, it’s understandable that our British Unionist Northern Irish/Ulster-Scots community would expect to be given binding reassurances that they are welcome and will be treated fairly in a new united Ireland.

With that in mind, the reunification of Ireland would obviously require some fair and sensible and indeed necessary changes:-

• A new generic Irish Constitution and generic Charter of Rights/Bill of Rights – recognition of the diverse ancestral roots of today’s Irish nation, and affirmation English will be retained as a joint first language of Ireland;

• A new national health service, free at the point of entry;

• The UK government would provide legal certainty to Ireland’s British Unionist community as to their ongoing right to retain their UK citizenship;

• In a mirror-image of the GFA, Unionists would have a right to campaign for a concurrent referendum across Ireland and GB for the former to rejoin the UK.

• Formal recognition of retaining and strengthening the British-Irish Council.

• The Irish government would provide legal recognition of the 12th July becoming a national holiday in Ireland;

• A post-unity Ulster competition to identify a potential new provincial flag. Then a referendum choice – keep what we have or change it (N.B the comparator is contested NI’s regional flag, not the UK or Ireland’s national flags);

• New national sports and culture funding and oversight bodies, with possibly a d’hondt type board election process for the initial decade.

• Stormont should, within a decade, become a museum site and its grounds used as an ancient history park. Along its avenue, we erect memorial walls listing all lives lost during our last conflict – to remind us of the cost of our painful past.

Beyond the above recognition and reassurance measures, post-reunification, our nation should consider maybe having a new national anthem. In my opinion, reasonable members of the Northern Irish/Ulster-Scots community would not expect any additional special treatment. In any event, to accede to more would nurture the divisive notion that an unjust disparity exists as between them and Ireland’s equally valued other minority ethnic and religious communities.

If the inherently divisive Stormont were to be retained indefinitely the only real change for we Irish in the North would be that the subvention bill is transferred from London to Dublin. That is not the type of supposed reunited Ireland I want or would support. Our entire nation must aspire to build anew a society that embraces and accords genuine equality to all irrespective of gender, religion, race, ethnic origins or other classification.

As regards the economic case for a reunited Ireland, this has been extensively detailed in a study by Dr Kurt Hübner, Director of the Institute for European Studies, and another by the Oireachtas committee covering Brexit and a united Ireland. There are other significant related articles by Gerry Carlile and Paul Gosling. In a nutshell, Northern Ireland has consistently remained one of the UK’s most impoverished regions and it would greatly benefit from being an integral part of a reunited Ireland in the EU.

Finally, British Unionist political leaders in particular should be obliged to concede and reflect on this fact. The above undeniably represents considerably greater accommodation for “their community” than they ever felt inclined to offer to their fellow citizens of the Irish Nationalist community.