The Loss of David Ervine 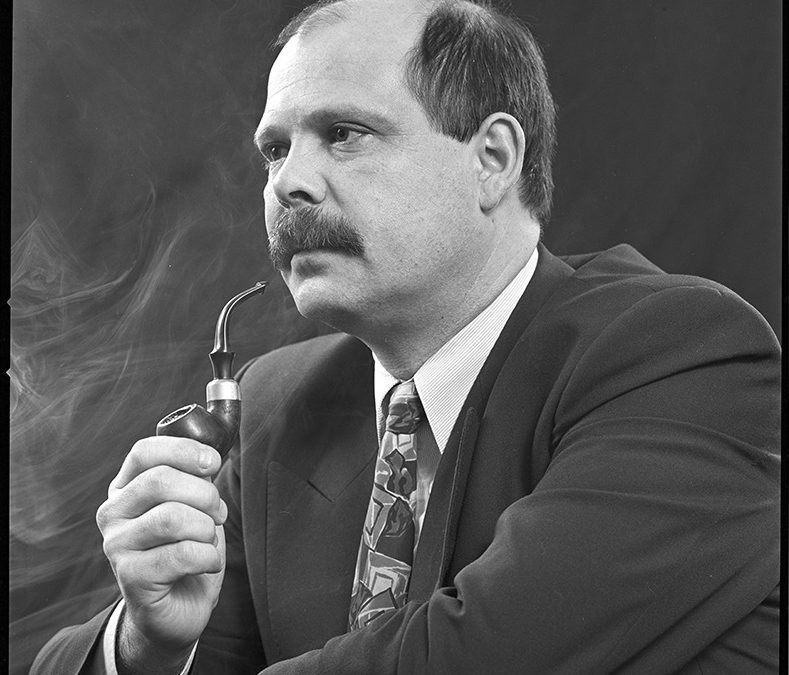 In 2002 I interviewed David Ervine about peace, identity and compromise. It was just after a biography of Ervine, Unchartered Waters by Henry Sinnerton, had been published by Brandon (which also published Gerry Adams’ books). Ervine died ten years ago and the party he led, the Progressive Unionist Party, has never recovered its loss and indeed, in the opinion of many, has regressed and lost many able and articulate representatives frustrated at the way the PUP has failed to distinguish itself from mainstream unionism or provided an alternative leadership for working-class unionists.

The interview, from October 2002, was published in my book, Rebel Columns.

David Ervine MLA, the leader of the Progressive Unionist Party, who represents East Belfast in the Assembly, came to prominence after the UVF/UDA ceasefire in 1994, one of a new breed of articulate former loyalist prisoners. Twenty years earlier, at the age of nineteen, he was arrested with a bomb and sentenced to eleven years in jail where he was nicknamed Bamber (after Bamber Gasgoine who chaired ‘University Challenge’ on television).

He is the subject of a new book, David Ervine – Unchartered Waters by Henry Sinnerton, a lecturer and Ervine’s former French schoolteacher. Last week I interviewed Ervine in the PUP offices in the Assembly (which is actually next door to Sinn Féin’s offices).

Ervine is friendly and affable and fairly honest. I have appeared opposite him on television and radio and watched his interviews, not really sure of what makes the man tick, if he is as genuine as he appears.

Was the book ‘authorised’ I asked?

“I never tried to stop it nor Henry from talking to my friends or Jeanette, my wife. She thinks it is very readable. It doesn’t overcomplicate things. In some ways I am flattered by it. I also think that I must tell the truth but understandably there are bits that are missing.”

Why didn’t he write the book himself?

“I’ve no time and I’m too young. Some of the things that I would have to write are so sensitive that I wouldn’t be prepared to talk about them.”

Dark areas about his past or personal things?

“Both. It might take me some time to feel brave enough to write about these things, but I think that Henry gets the essence of it.”

One of the defining moments of his life was Bloody Friday, the day in July 1972 that IRA bombs in Belfast killed nine people. It was then he decided to join the UVF.

“I believed that the best means of defence was attack. I would refute that now. I would council no violence because it is counter-productive. The core issues in our society were flawed and violence upon violence never allowed us to deal with the core problems. We are trying to do that now, and so that diminishes anybody’s remote right for violent action.”

Throughout the troubles the UVF was responsible for assassinating hundreds of uninvolved Catholics and for planting bombs in Dublin and Monaghan which killed thirty three people. When Peter Taylor in his book Loyalists asked Ervine how he felt about the bombings, he replied: “I think certainly there were many within the unionist community who felt, and I may have felt it too, ‘Now you know how we feel.’”

I asked him if he felt there was no qualitative or moral difference between the violence used by the British army, the UVF or the IRA.

“That’s the case. However, there should have been, or should be, if war must be fought, rules that it needs to be fought under. Every one of those was broken here by all sides.”

He accepts that the outbreak of violence had its origins in the fact that the North was a one-party state and that there was discrimination. He is critical of the mainstream Ulster Unionist Party and says that the PUP is a forward-thinking socialist party. He says he will accept a united Ireland if a majority in the North votes for it.

“But we have to function on the basis of let’s make life valuable for the people in this society.”

He concedes that the two Sinn Féin ministers are diligent, that progress has been made (the PUP and Sinn Féin recently put forward a joint motion on low pay), and states that the PUP will not be joining with the UUP to exclude Sinn Fein from the Executive in January. However, he argues that unionists see two processes at work, with the republicans working to their old agenda and deliberately creating difficulties for unionism.

“When I view the potential for January I’m saying to myself, ‘What is it Trimble wants? How many hoops have people to jump through?’ What I am clear on is what the Republican Movement and loyalists need to do. Back off from the interfaces. Stop playing games and telling your own constituency lies.”

“That there’ll be a united Ireland in sixteen years. It’s not going to happen. I can understand that one needs to make a constituency feel comfortable. But you can’t tell a constituency it is achieving victory when it is not. You’ve got to understand how unionism works. There is a huge insecurity within unionism. Unionism really hasn’t had time to settle. They feel that the republican agitation is never going to stop. The one thing that unionists lust for is stability. It’s the one thing they have never had.”

I told him that republicans are never going to stop agitating for a united Ireland and that they are going to continue to make demands for parity of esteem, for more accountable policing and open up the Good Friday Agreement to its full worth. Surely unionists will always feel insecure because they are in an overall minority in Ireland, they are threatened by demographic change and they are not really wanted by the people of Britain?

“How do you cope with the fact that people in Tallaght don’t see you as quite as Irish as them?” he replies. (I had forgotten a great reply: “Then why did they make Sinn Fein’s Jack Crowe their TD!”)

“I am what I am. I am both Irish and British but I’m a democrat too… There’s nothing more fascist than someone telling you what you are, especially if you perceive yourself to be somewhat different.

“We are steeped in concepts of Britishness… but those who are the legal arbiters are the people of Northern Ireland. It is absolutely legitimate for republicans to argue the validity of a united Ireland but the new dispensation is worthy and there should be no Plan B. My mother and father were Irish, my grandparents, and very simplistically so. But there are arguments about the haunting mist of the 1937 Constitution that forced the unionist people to re-think their Irishness.

“The PUP is not afraid of change and we are also not afraid that the requirement during negotiations was that every institution that we had, changed… But, we have not made a fist of that at all and I can’t blame Adams alone. When unionism began to play a la carte on day one of the Good Friday Agreement there was always going to be a destabilising process and a retaliatory strike process… Then those fools Bertie Ahern and Tony Blair opened their door and let single constituency benefit arguments to develop” [a reference to the unionist perception that Sinn Fein has been negotiating and making extra-curricular demands not necessarily defined within the Agreement].

The PUP, the Womens Coalition and the Alliance Party believe that, as smaller parties, they have been excluded by Sinn Fein, the SDLP and the Ulster Unionists from the real negotiations, and that only lip service is paid to the notion of working collectively.

Ervine is certainly an impressive advocate of ‘modern’ unionism, though how resonant his message is to the unionist community is another matter (he received just 10% of the East Belfast vote in the last Westminster election). A little of his personal life is laid bare in this book and while he has the courage of his political convictions it might take him some time, as he admits himself, before he feels brave enough to write the full story.