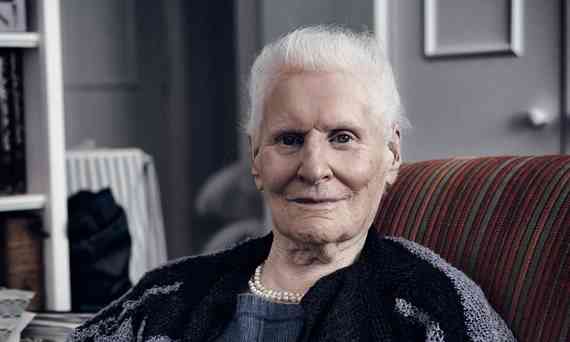 Finished Diana Athill’s wonderful, candid, scandalous and life-affirming memoir, Alive, Alive Oh! Born into privilege she knew from an early age that she was a rebel who sided with the downtrodden. Here she is on colonialism:

‘At the tail end of all colonial situations there are white people protesting that they didn’t deserve to have stones thrown at them by black men, or their houses burnt down, because they never took a penny from the place and devoted years to serving it – and often they are not lying. But even when they are not, their lament reflects their illusions rather than the injustice of the event. The black people who gathered on Tobago’s beaches to shout ‘Get out Whitey!’, and marched into hotels where they tore up visitors’ books and broke ashtrays (they were by nature a mild and law-abiding lot who didn’t want to hurt anybody) may conceivably, one day, burn down houses such as that of my friends. If that is all they do – and it may well be all, since there are few signs of constructive political thinking in Caribbean opposition politics – they will contribute nothing to their own welfare, but they will at least be expressing a more acute awareness of the truth than the people who built the houses. They will be saying that even if they cannot alter the economic structure which condemns them to exploitation, they will no longer stand being used as live furniture in someone else’s beautiful dream.’ 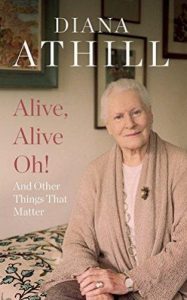 Now in a nursing home, which she loves, she says, ‘“Sometimes I sits and thinks and sometimes I just sits,’” quoting someone whom she can’t remember! At ninety-nine she is as feisty as ever: “I talked about it [thinking about things] the other day with someone who is also in her nineties, though not so far into them as I am, and she said, ‘Yes, of course, men. What I do when I’m waiting to fall asleep is run through all the men I ever went to bed with,’ whereupon we both laughed in a ribald way, because that is exactly what I did too. It cheered me up to learn that I had not been alone in indulging in this foolishness.’

I love the little observations she makes: ‘After reading a biography of Jung I had concluded that psychiatrists were people who could make a little nuttiness go a very long way.’

A woman who never married, she preferred to have affairs: ‘The role that seems to me most comfortable is not that of Wife, but that of the Other Woman. And in that role I am good, because I have never for a moment expected or wanted to wreck anyone’s marriage.

‘What I was really happy with was a lover who had a nice wife to do his washing and look after him if he fell ill, so that I could enjoy the plums of love without having to munch through the pudding.’

She says that her philosophy was enjoy life to the full and ‘death was just something that would occur when I was old – and which was not, and never had been, frightening.

‘That this was true, I owe to Montaigne. I can’t remember when I read, or was told, that he considered it a good thing to spend a short time every day thinking about death, thus getting used to its inevitability and coming to understand that something inevitable is natural and can’t be too bad…’

18th October. Finished The Islander by a friend I correspond with, John McMillan. Though told in the first person through the eyes of Rupert Carr (from Rathlin Island) the novel follows in the footsteps of John’s other coming-of-age and semi-autobiographical novels, Upstream; The Soul of the City; and Summer In The Heat. Rupert witnesses events in the early days of the Troubles (the Burntollet March) and then the trendy-lefty Sixties and Seventies days in England when micro-left groups proliferated and protested – and, later, mostly sank. But there was much I could relate to and he writes really well, evocatively, about this period.

14th October. Wrote small feature about a photograph which Bobbie Hanvey thought was one he took of Patrick Rooney’s funeral in 1969.

24th September. Spoke along with former Armagh Jail prisoner Brid Brownlee in Falcarragh, County Donegal, at an event to commemorate the 35th anniversary of the 1981 hunger strike.