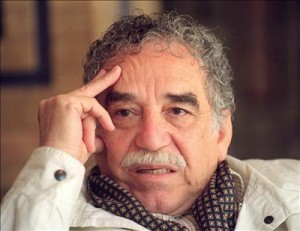 Finished this second volume in late July. Am trying to finish all four before Christmas. [The four-box set was a Christmas present last year!] In his introduction Orhan Parmuk writes: “The Paris Review interviews were not tied to a particular book or work that the authors were obliged to promote. These were writers who were already established and world famous, and in these interviews they talked about their writing habits, the secrets of their trade, their ways of writing, their fragile moments, and the ways in which they overcame the difficulties they encountered.”

James Thurber. Quotes: I don’t believe the writer should know too much where he’s going. If he does, he runs into old man blueprint – old man propaganda. (From Issue 10, 1955)

William Faulkner. Quotes: An artist is a creature driven by demons. He doesn’t know why they choose him and he’s usually too busy to wonder why. He is completely amoral in that he will rob, borrow, beg, or steal from anybody and everybody to get the work done…The writer’s only responsibility is to his art. He will be completely ruthless if he is a good one. He has a dream. It extinguishes him so much he must get rid of it. He has no peace until then. Everything goes by the board: honour, pride, decency, security, happiness, all, to get the book written. If a writer has to rob his mother, he will not hesitate; the ‘Ode on a Grecian Urn’ is worth any number of old ladies. (From Issue 12, 1956)

Isaac Bashevis Singer. Quotes. There is no machine and no kind of reporting and no kind of film that can do what a Tolstoy or a Dostoyevsky or Gogol did. (From Issue 44, 1968)

John Gardner. Quotes. I try to be absolutely direct about moral values and dilemmas. Read it to the charwoman, Richardson said. I say, make it plain to her dog.

Samuel Beckett – surely one of the great writers of our time, despite my objections – is loved by critics, but except for John Fowles, I hear no one pointing out that the tendency of all he says is wrong. He says it powerfully, with tragicomic brilliance, and he believes it, but what he says is not quite sound. Every night Samuel Beckett goes home to his wife, whom he’s lived with all these years, he lies down in bed with her, puts his arms around her, and says, No meaning again today… Critics can say, and do say, Well, it doesn’t matter what he says, it’s how well he says it. But I think that in the long run Beckett is in for it. (From Issue 75, 1979)

(Speaking about the banana fever in ‘One Hundred Years of Solitude’) The banana fever is modelled closely on reality. Of course, I’ve used literary tricks on things that have not been proved historically. For example, the massacre in the square is completely true, but while I wrote it on the basis of testimony and documents, it was never known exactly how many people were killed. I used the figure three thousand, which is obviously an exaggeration. But one of my childhood memories was watching a very, very long train leave the plantation supposedly full of bananas. There could have been three thousand dead on it, eventually to be dumped in the sea. What’s really surprising is that they now speak very naturally in Congress and the newspapers about the “three thousand dead”. I suspect that half of all our history is made in this fashion. In ‘The Autumn of the Patriarch’, the dictator says it doesn’t matter if it’s not true now, because sometime in the future it will be true. Sooner or later people believe writers rather than the government.

The more power you have, the harder it is to know who is lying to you and who is not. When you reach absolute power, there is no contact with reality, and that’s the worst kind of solitude there can be. A very powerful person, a dictator, is surrounded by interests and people whose final aim is to isolate him from reality; everything is in concert to isolate him.

To be a good writer you have to be absolutely lucid at every moment of writing, and in good health. I’m very much against the romantic concept of writing, which maintains that the act of writing is a sacrifice, and that the worse the economic conditions or the emotional state, the better the writing.

When I travel I can’t work.

I have great admiration for translators, except for the ones who use footnotes. They are always trying to explain to the reader something that the author probably did not mean; since it’s there, the reader has to put up with it. Translating is a very difficult job, not at all rewarding, and very badly paid. A good translation is always a recreation in another language… I think that my work has been completely recreated in English. There are parts of the book that are very difficult to follow literally. The impression one gets is that the translator read the book and then rewrote it from his recollections. That’s why I have such admiration for translators. They are intuitive rather than intellectual. Not only is what publishers pay them completely miserable, but they don’t see their work as literary creation.

Philip Larkin. Quotes. The best writing conditions I ever had were in Belfast, when I was working at the university there. Another top-floor flat, by the way. I wrote between eight and ten in the evenings, then went to the university bar till eleven, then played cards or talked with friends till one or two. The first part of the evening had the second part to look forward to, and I could enjoy the second part with a clear conscience because I’d done my two hours. (From Issue 84, 1982)

James Baldwin. Quotes. When you’re writing, you’re trying to find out something that you don’t know. (From Issue 91, 1984)

Alice Walker is an extremely inadequate writer, and I think that is giving her the best of it. A book like ‘The Color Purple’ is of no aesthetic interest or value whatsoever, yet it is exalted and taught in the academies. It clearly is a time in which social and cultural guilt has taken over.

‘As I Lay Dying’ is a very difficult piece of work.

All religions have always been pernicious as social, political, and economic entities. And they always will be. (Issue 118, 1991)

Stephen King. Quotes. I’ve always thought that the sort of book that I do – and I’ve got enough ego to think that every novelist should do this – should be a kind of personal assault. It ought to be somebody lunging right across the table and grabbing you and messing you up.

As a science-fiction writer Alfred Bester used to say, The book is the boss. You’ve got to let the book go where it wants to go, and you just follow along. If it doesn’t do that, it’s a bad book. And I’ve had bad books. (Issue 178, 2006)