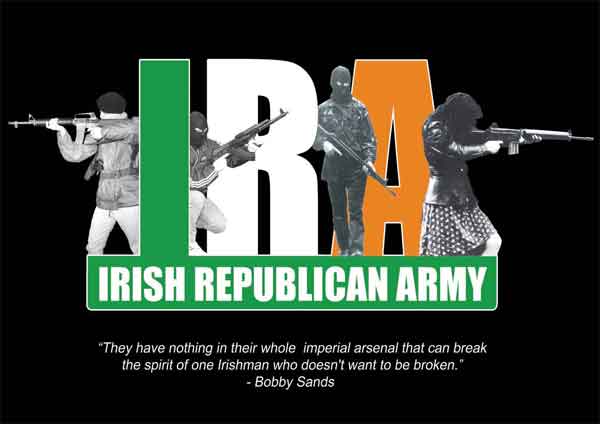 Tommy McKearney is probably the most articulate of all those former activists who left the mainstream Republican Movement. He is deeply committed, thoughtful, without bile or bitterness, more a dissenter than a dissident (to use that unfortunate, pejorative word which covers everything from the genuine objector to the Fake IRA).

Tommy and his family paid a very heavy price for their politics and profile during the conflict. He was a senior member of the IRA in Tyrone in the mid-seventies, served a life sentence and was on the first hunger strike for fifty three days in 1980.

When he became disillusioned he resigned from the IRA, left the H-Blocks and went to Maghaberry where he and a few comrades formed the League of Communist Republicans. He was released in 1993, has worked as a freelance journalist, is an organiser with the Independent Workers Union and is an occasional media commentator.

Last year his book, ‘The Provisional IRA – From Insurrection to Parliament’, was published by Pluto Press. Some of his analyses and contentions I would agree with, but his prescription suffers from a certain idealism and utopianism which are not unconnected to his Marxist outlook. Ideological class struggle sounds good but communism has been tried by Lenin, Stalin and Mao, to name the bigger failures on the blood-soaked canvass.

Despite a potential world recession and a scramble for new (or tried and failed) panaceas, communism has hardly been embraced by the working classes. And how are we to organise society between now and the communist utopia but to engage with reality?

He believes that the IRA failed, though he concedes that without the armed struggle the Orange State would never have been overthrown, though, he argues, it has been replaced by a lock-jawed sectarian state because parties have to designate themselves nationalist or unionist or other and they all prosper by playing the divided communities card. That, along with Sinn Féin becoming a centrist political party is as far as the Movement can go, he says, because it has not developed “a clear socialist programme”.

The North (surprisingly referred to throughout as ‘Northern Ireland’), the postulate goes, is being presented as a normal, healthy (albeit recovering) society and a false template for conflict resolution – though one that Serbia recently expressed an interest in with regard to resolving the disputed Kosova.

But the book is full of woolly thinking and contradictions. He suggests that the IRA by demanding a British withdrawal and an all-Ireland republic left itself no room for manoeuvre to contemplate an alternative to these stark objectives. Surely he appreciates that it was that goal which generated our passion and was what we were actually fighting and prepared to die for? And that during the fighting of a war to anticipate anything less than your sovereign demands is to undermine your struggle?

He then confuses the current outcome of the struggle (the Belfast Agreement) as apparently having been the real objective: that the campaign was about reform and redressing the wrongs which the civil rights movement identified, rather than about ending partition and establishing a thirty-two-county socialist republic. Clearly, given that Tommy did not believe this at the time he joined and was active in the IRA (or did those large numbers of republicans from the south who sacrificed their freedom and their lives), he has to come up with an explanation for the flaw in the campaign and all our eyes being wiped.

It involves those bogey men – a “high-profile group of former internees from Belfast” – who beginning in 1975 challenged the leadership over the ceasefire, advocated the ‘cell system’ for ASUs (to improve security, which he believes is questionable), who then declared ‘the long war’, who adopted the dual strategy of combined electoralism and armed struggle, and who ultimately compromised and became centrists (because of their missing Marxist gene!).

Then there was “the impact … agents of influence had on the direction of the movement”:  that is, ‘guiding’ the IRA towards parliament. But he provides no proof for this statement, other than attributing fantastic sway to Scappaticci and Donaldson. Of course the IRA was penetrated, but if it was penetrated as heavily as claimed then how explain the magnitude of its successful operations in Ireland, Britain and Europe? Regarding fluctuating levels of IRA activity, Tommy would know from even his time that four out of five operations were abandoned because they were compromised for a variety of reasons and only sometimes because of penetration/betrayal.

And what about this scenario: what if the ones who are really penetrated and controlled by British intelligence are those feted in the media for their anti-Sinn Féin rhetoric, that is, the dissidents and their journalist allies who are being run/used by securocrats disgruntled at their failure to destroy the Republican Movement, and at the success and prominence of Sinn Féin?

Tommy claims that Britain organised the ‘Peace Process’. But, in recently released British papers, we can see that the British, rather than coaxing Sinn Féin along an electoral path, actually set out to discourage it. That explains why John Major procrastinated after the 1994 ceasefire, demanding ‘the decontamination of Sinn Féin’, and forestalling inclusive discussions to the extent that the ceasefire collapsed amidst a ton of rubble at Canary Wharf.

Tommy’s glib analysis – that the bulk of the Republican Movement was being led by the nose – insults the intelligence of so many people, especially those from Tyrone and South Armagh whom Tommy surely knows contributed to all the vital changes over decades which he now attributes to city slickers. Similarly, to suggest that it was an agent(s) who swayed the leadership and thousands of republicans to support the ceasefire, to support negotiations and to vote for the Agreement is reminiscent of a Punch caricature, that we are all just thick Paddies, and have no minds of our own.

Each chapter has a prologue – mainly little fictional dramatisations meant to prefigure and support Tommy’s analysis. But, in fact, they often tend to contradict the very points he is trying to make. For example, he is persistent that after the 1981 hunger strike the Movement squandered an opportunity to build an alternative, “that of a left-wing mass movement built from the experience and remaining momentum of the Anti H-Block movement”. The reason? The Movement was against social agitation (he must never have read AP/RN) and feared losing control to ‘new faces’ that would “not always agree with the movement and who will have different ideas and personalities.”

Anyone who was around in late 1981 can attest that seven months of intense street campaigning (and the five years preceding) had fairly exhausted the base which was now anticipating payback for all the suffering.

He queries the efficacy of the England bombing campaign with a naïve suggestion that given Thatcher’s assaults on the working class it might have been better for republicans to appeal to the English working class and the left to make Ireland an integral part of their agenda – which is to ignore the depth of jingoism in England and, indeed, the impotence of the mobilised masses to stop the wars in Iraq and Afghanistan.

Tommy states that “those who had warned that participating in parliament would end armed struggle were correct” yet one page earlier he states as fact that there was widespread exhaustion and that most within the republican community were anxious “to lay down their arms”. Earlier he states that the war had run its course and he derides those preoccupied with the fetish of armed struggle.

His most simple declaration is the one with the most profound consequences for republican strategy: his contention that social and economic conditions are more of an issue with the majority in Ireland rather than the question of Irish unity.

Tommy currently, admirably, advocates organising and rallying the Protestant and Catholic working and lower middle classes around social, economic and political issues that potentially unite them: a unity ironically facilitated by the ending of the armed struggle, and the political arrangements that Tommy eschews.

There are lots of factual mistakes. Sinn Féin did not decide at the Ard Fheis in 1986 to take seats in a northern assembly, if established. The late hunger striker’s name is Kieran Doherty, not Docherty. The ceasefire was called in August 1994, not 1993.

Tommy’s is a history strong in opinions and assertions but weak in supportive references. But it is healthy and sobering to have such a man pitch such arguments which challenge us to think and reflect, and which check any incipient complacency.

The Provisional IRA – From Insurrection to Parliament by Tommy McKearney is available from Pluto Press at £12.50