Danny Doherty, from Carrigart, County Donegal, is the son of Mary and Pat Doherty (MP for West Tyrone). Martin McGuinness was a familiar visitor to the family home from when Danny was an infant. In this poem Danny pays tribute to the former republican leader (a keen fisherman) who died on March 21st and whose funeral was attended by scores of thousands of people who made their way to Creggan Cemetery to lay him to rest. 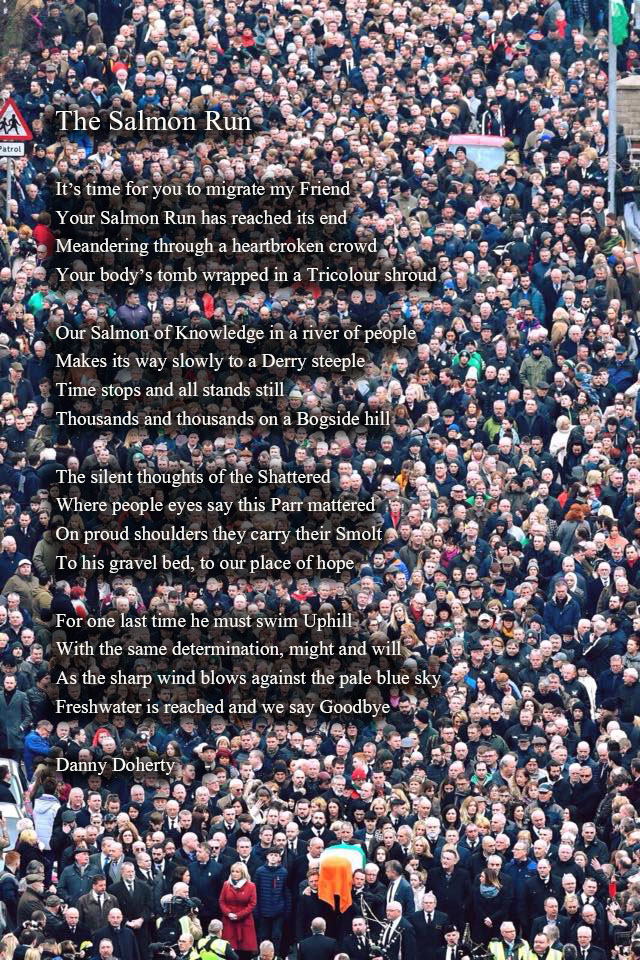