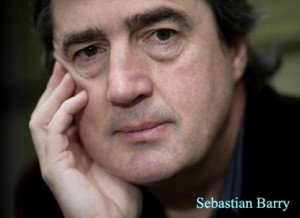 This is a wonderful novel by Sebastian Barry and won the Costa Prize in 2008. For reasons that would be clear to cineastes, it made me wonder if Sebastian Barry had ever seen the film, ‘Madame X’!

Roseanne McNulty, an Irish Protestant, who came through the Tan War and Civil War is one hundred years old and the asylum in which she has lived forever it seems is due to close. She decides to write her history and hides it under the floorboards. Her psychiatrist, Dr Grene, has become fascinated with Roseanne and independently delves into her history.

Chapters alternate in two first person narratives and it makes for a fascinating read. This is Roseanne, thinking about memory:

“Perhaps in later years I heard versions of that night that didn’t fit my own memory of it, but all the same, there was always one grand constant, that I had stopped in my path to fetch Fr Gaunt and told my tale to the Free State soldiers, either at my father’s bidding or by  my own instincts. The fact that I never saw the soldiers, never spoke to them, never even thought of doing so – for would that not have put my father possibly in further danger? – is in the informal history of Sligo neither here nor there. For history as far as I can see is not the arrangement of what happens, in sequence and in truth, but a fabulous arrangement of surmises and guesses held up as a banner against the assault of withering truth.”

And here is a great image of old age: “How we decide not to allow the fact that our skin is drooping down our jaws and coming away underneath our chins like plaster detaching from its laths in an old-fashioned ceiling.”