The Story of an Adjective

About ten years ago when reading Making An Elephant by Graham Swift I came across the works of Russian writer Isaac Babel, bought some of his books, including You Must Know Everything, and what a treat it is. He is probably best known for his Red Cavalry cycle of short stories based on his experiences as a correspondent during the Russian civil war with the Soviet First Cavalry Army.

Babel was arrested by Stalin’s repressive N.K.V.D. in May 1939 at his cottage in Peredelkino. Under interrogation and probable torture at Lubyanka, he allegedly confessed a long association with Trotskyites and engaging in anti-soviet activity. His trial was held in Buturka Prison and on January 27, 1940 he was shot on Stalin’s orders for espionage. The Soviet officials informed Babel’s widow that her husband died on March 17, 1941, in a prison camp in Siberia. 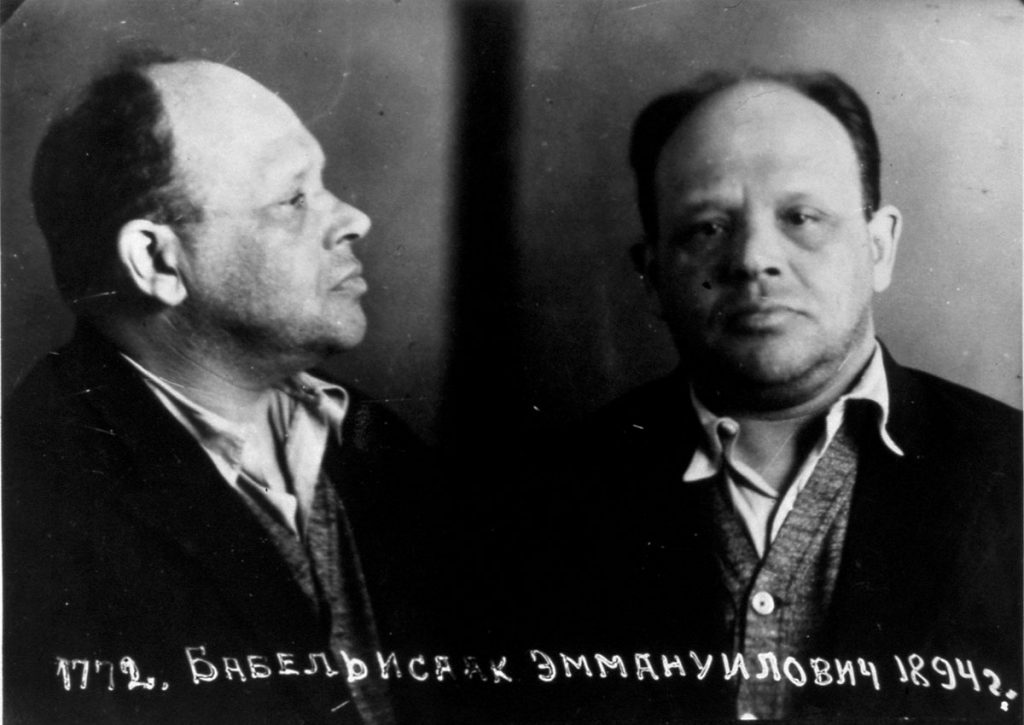 Babel’s charges were posthumously quashed in 1954. His seized manuscripts were never recovered though his published material and new material have been issued.

The preface to the collection, You Must Know Everything (which was first published in 1970) was written by his daughter Nathalie in 1969. The two masters who influenced him the most were Gogol (whom he knew) and Maupassant. It is said that he struggled to combine the particular qualities of these two and was trying to achieve “a unique blend of Russian sensibility and French economy.”

One introduction to a story quotes from an editorial that Gorky wrote (New Life magazine, November 1917) in reaction to the Bolsheviks seizing power, though the following year he made his peace with the Bolsheviks and rallied to the side of Lenin. He wrote: “Lenin, Trotsky, and their supporters, have already been poisoned by the corruptive virus of power, which is evident from their disgraceful treatment of freedom of speech and person, and of all those rights for which democracy has struggled… The workmen must understand that, with their skins and blood, Lenin is performing an experiment… that there are no miracles in ordinary life, that they must expect hunger, complete dislocation of industry, ruin of transport, prolonged bloody anarchy – and in its wake no less bloody and gloomy reaction. That is where people are being led by its present leader.”

Mosaic has Comrade Shpitsberg giving a lecture titled, ‘The all-forgiving personality of Christ and the vomit of Christianity’! He calls God ‘Mr. God’ and priests he refers to as ‘potbellied sky pilots’. He describes all religions as the “shopwindows of charlatans and exploiters,” and denounces the Popes of Rome, bishops, archbishops, Jewish rabbis, and even the Tibetan Dalai Lama, “whose excrement is considered by the besotted Tibetan masses to have healing properties.”

Shabos Nahamu is a very funny story based on a traditional Jewish tale, “a kind of farce, earthy and gently sarcastic”, about a trickster who deceives first a wife, then her husband, of food and valuables.

The longest story, The Jewess, deals with “the impossibility of escaping from one’s Jewishness, from one’s own character, from one’s historical circumstances”, which is a fairly universal experience.

In another story a character, in a great phrase, complains about being “gnawed by the wild beast of memory, and sleep would not come.”

In the appendices there is an interview with Babel from 1937 in which he quotes Goethe’s definition of the novella: “it is a story about an unusual occurrence.” He also speaks about why it is that he writes short stories: “Tolstoy was able to describe what happened to him minute by minute, he remembered it all, whereas I, evidently, only have it in me to describe the most interesting five minutes I’ve experienced in twenty-four hours. Hence the short story form. That must be the reason.”

He was asked: You believe in short sentences. What do you think: should an idea by spun out or only hinted at, in a short story?

Later, he speaks about adjectives! “My attitude toward adjectives is the story of my life. If ever I write my autobiography, I’ll call it The Story of an Adjective. In my youth I thought that the sumptuous must be conveyed by sumptuous means. But I was wrong. It turned out that one must very often proceed by opposites… All my life I have nearly always known what to write, but since I tried to get it all on twelve pages, since I have restricted myself in this way, I have had to pick and choose words that are, first, significant; second, simple; and third, beautiful.”

His friend George Munblit in a tribute to Babel published in 1964 quotes things that Babel said about writing: “It’s wrong to think that talent for writing is a matter of being able to rhyme or think up abstruse, startling epithets and metaphors. That used to be my trouble, and I still have to squash these metaphors in what I write, just as some not very clean people squash the vermin they find on themselves. And this is why I say to you: avoid as much as you can indirect, refracted modes of expression, and the temptation to show off that way! Superior craftsmanship is the art of making your writing as unobtrusive as possible…

“In your search for the best way to express your ideas, always be guided by Pushkin’s golden words: ‘Precision and brevity are the prime qualities of prose.’”

Munblit says that Babel paused and suddenly, with a smile – he sometimes smiled in such a way that, looking at him, you felt you were warming yourself by a fire – added: “Only, don’t think it’s all that easy, precision and brevity. That’s the most difficult thing, much more difficult than writing beautifully…”