The Story of Elise and Otto Hampel 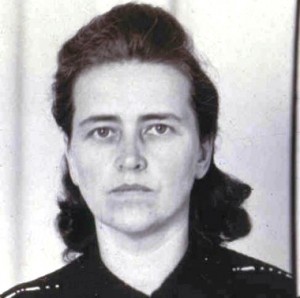 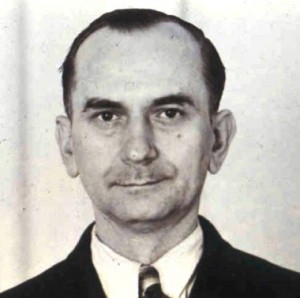 Elise Lemme married Otto Hampel in 1935. She was a domestic servant and a member of the National Socialist Frauenschaft (Women’s League). Otto had served in WWI and was a factory worker. After the death of Elise’s brother, a soldier killed during the German assault on France, she and her husband decided to oppose the Nazi regime in their own way. They wrote postcards and leaflets anonymously which called upon people not to buy Nazi papers, to refuse to serve in the war and to overthrow Hitler.

Their campaign lasted for two years before they were eventually betrayed and arrested.

The novelist Hans Fallada was harassed and persecuted by the Nazis for refusing to join the party. He could have fled as had Thomas Mann and Hermann Hesse, but stayed on. He took to drugs and alcohol and when he refused a command by Goebbels to write an anti-Semitic novel was imprisoned in an asylum for the criminally insane, though eventually he was released. When the war was over his publisher gave him a Gestapo file about the campaign waged by the Hampels, a simple working class couple. Fallada, inspired by the struggle of the Hampels, incredibly, wrote this long novel in twenty-four days, capturing the terror of ordinary Berliners and of a noble and hopeless civil disobedience campaign by two people, renamed Otto and Anna Quangel, against Hitler’s regime.

There are a number of great exchanges during the interrogations of Otto Quangle by Inspector Escherich. In one of these Escherich says: ‘What did you expect anyway, Quangel? You, an ordinary worker, taking on the Führer, who is backed by the Party, the Wehrmacht, the SS, the SA? The Führer, who has already conquered half the world and will overcome the last of our enemies in another year or two? It’s ludicrous! You must have known you had no chance! It’s a gnat against an elephant. I don’t understand it, a sensible man like you!’

As Germany disintegrates and society collapses, a friend of the Quangels, retired Judge Fromm, thinks to himself: ‘The worse it gets, the better it will be. The sooner it will all be over!’

Fallada died in February 1947 of an overdose of morphine just weeks before the book was published. This is the first English translation and it is a wonderfully inspiring book.