The Story of Hugh Dorian – Rescued from History 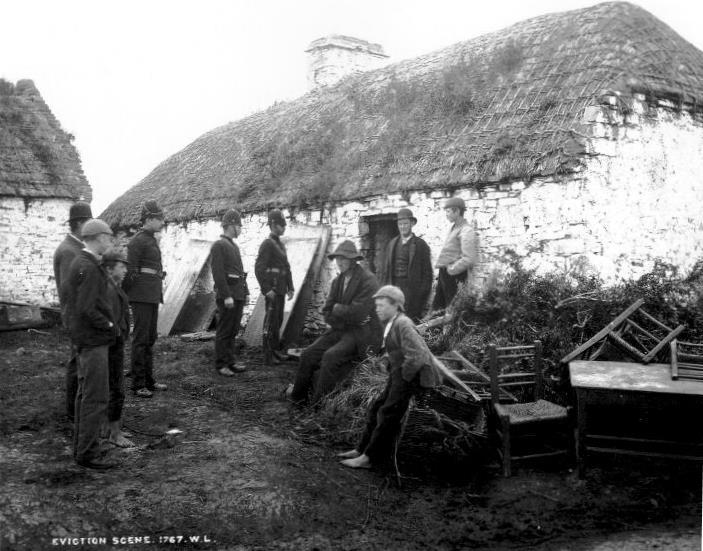 After putting up on Twitter a link to the harrowing feature in Saturday’s Irish Times about the famine – a review of The End of Outrage: Post-Famine Adjustment in Rural Ireland by Breandán Mac Suibhne – I remembered another excellent book the author edited and which I reviewed almost twenty years ago in Ireland on Sunday.

The Outer Edge of Ulster is still available on Amazon and is also on Kindle. It is a remarkable story. I am not sure if Hugh Dorian still lies in an unmarked grave. If so, perhaps Derry wans would consider putting up a headstone to this noble man?

Here is I my review of the book for a new generation, thanks to Twitter! 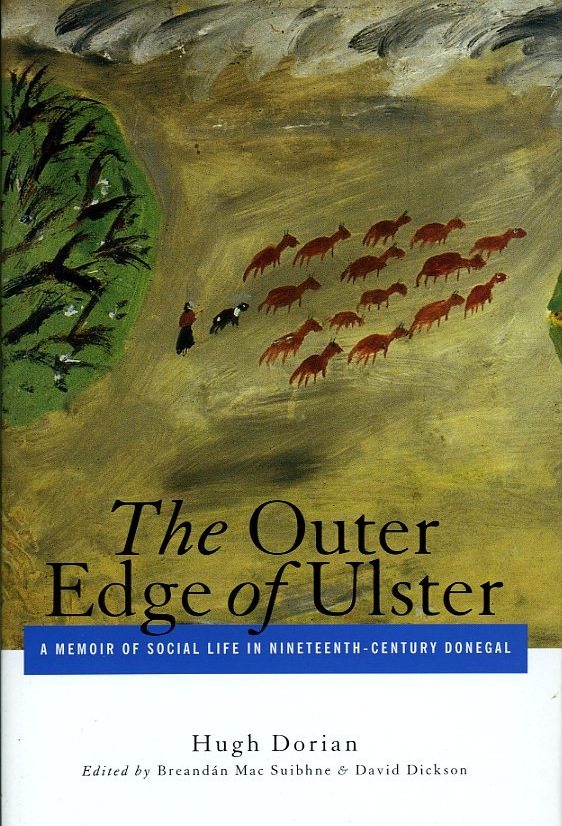 Earlier this summer I was up in Donegal and cycled around the Fanad Peninsula, up through glens beautiful and glens bleak, over a burning bog, down to Fanad Head lighthouse covered in a halo of screeching gulls, then up the coast road defined by dry-stone walls, passed a schoolhouse, formerly Ballymichael National School, and after some miles stopped to look down on Kindrum Lake towards Cashel Glebe.

Along the way I passed new bungalows and old, two storey farmhouses freshened with paint. But also along the way, across the valleys, on the side of stony hills or nestling in impoverished hollows, were the tumbled shacks of the former peasantry who made up the vast majority of the population of this troubled area back in the nineteenth century.

On the night in April 1914 that the UVF landed their illegal arms at Larne, Bangor and Donaghadee, eighty-year-old Hugh Dorian died in a terraced house in The Bogside. He is buried in an unmarked grave in Derry’s City Cemetery. His wife Catherine pre-deceased him. She was drinking heavily and had been taken into Strand Road RIC barracks and held overnight. The following morning she was discharged and that was the last time she was seen alive. Four days later her body was fished from the Foyle.

The Dorians lived in overcrowded, unsanitary conditions. Of their nine children three died from smallpox, whooping cough and TB. Hugh worked in Derry as a writing clerk but he was a native of Fanad, of Cashel Glebe, near the western shores of Kindrum Lake where he was born in 1834.

At seventeen he worked as a headmaster but was condemned from the pulpit by the parish priest for agreeing to teach in a school founded by Lord Leitrim (who was later assassinated). For some reason he too began drinking heavily and, having missed school on several occasions and been reprimanded for being drunk, he resigned in 1872 and moved to Derry.

And it was in Derry in 1889, having witnessed the arrival to the jail of fifty prisoners, including young girls in their bare feet, who had been forced to walk from Gaoth Dobhair, that he decided to sit down and write his ‘true historical narrative’. In it he describes in great detail the crushing lives of the peasantry, the Famine period, the cruelty of the landlords, their agents and bailiffs, and the sectarian violence once prevalent in Donegal.

The prisoners brought to Derry jail were charged in connection with the death of District Inspector William Martin in February 1889. Martin and a large force of RIC officers went to Gaoth Dobhair to arrest Fr James MacFadden, a land activist who had called for a rents strike. Martin arrested the priest as he left Mass and unsheathed his sword as he led him away by the collar. But a woman shouted that the priest was being killed and the congregation turned on Martin and beat him to death with paling posts and stones. Martial law was declared, frigates were stationed off the coast and police and soldiers flooded the district.

Unionists and Conservatives exploited the ‘barbarous murder’ of an RIC officer by Mass-goers as part of their anti-Home Rule campaign and said that it was evidence of the ‘savagery’ of Irish Catholics and proof that Gladstone’s Bill if enacted would be a disaster for the country. As far as nationalists were concerned the arrest of Fr MacFadden and the others, the evictions and terror that followed, were proof of the need for further land reform and political devolution.

As in all colonial histories there are two readings. Ask a particular white farmer in South Africa for the name of his district and he will reply, ‘Weenan’, which means ‘the Place of the Weeping’ in Dutch, named in remembrance of Voortrekkers massacred nearby by the Zulus in 1838. However, if you pose the same question to the Zulus they will say the farmer’s land is called ‘Nobamba’, which in their language means ‘the Place Where We Caught The Whites’!

Bogsiders live in Derry in the Six Counties; those in the Fountain area in a city called Londonderry, Northern Ireland. In Ballyhoorisky, Fanad, there is an inlet known as Scoilt an Duine, or, The Person’s Cleft. To nineteenth century Protestants it was the place were evil Catholics slaughtered a Planter called John Dunlop; to their Catholic peasantry it was the spot where priest-hunters caught and butchered a peasant fleeing an interrupted Mass.

Only last month, eighty-eight years after his death, and one hundred and ten years after he completed his memoir/narrative, was Hugh Dorian’s book finally published, thanks to the diligence of Breandán Mac Suibhne and David Dickson, who in a scholarly introduction tell the story of the survival of the manuscript and set the narrative in its political and social context.

Throughout the ages it is the Victor who usually gets to write history but The Outer Edge of Ulster (Lilliput Press) is a remarkable testimony by the son of a hedge-schoolmaster to the cruel hardships suffered by the native Irish peasant under landlordism and British rule.