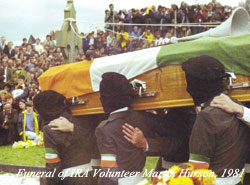 Wrote the following feature for the Andersonstown News, 3rd January 2011 about the release in late December of ‘state papers’:

A lot of the ‘state papers’ just issued in Dublin, Belfast and London under the 30-year rule relate to the 1980 hunger strike.

Some of the internal memos were, no doubt, sometimes written with caution and with an eye to history. But many were written with spontaneity and contemporaneous with events or after meetings or briefings with politicians and ambassadors, and were meant to be informative and accurate assessments for their superiors.

Thus, there are insights, little cameos and class indiscretions like that from Andrew Brown, a civil servant, wondering about possible tooth decay among the prisoners on no wash who had no tooth-brushes: “if the protestors are a typical cross-section of the population, half of them will already be on their way to full sets of dentures.”

Those of most interest to me concern the build-up to the 1980 hunger strike, the communications within government and agencies during it, and whether the republican leadership’s analysis and depiction of what was happening has subsequently proved correct. Until December 19th, which was the last time I saw Bobby Sands alive, I liaised with Bobby who was the OC of the prisoners, and with Brendan Hughes, the leader of the hunger strike.

In going on hunger strike, the prisoners were taking huge risks with their own lives and that of their families. But the stakes were not just personal, they were political, because republican supporters looked up to the prisoners as iconic heroes, while the British recognised that they could damage the republican struggle (of whom the strikers were symbols) if they could break the hunger strike.

The republican leadership knew that the Brits had the luxury of sitting back and toying with the prisoners and their families. The leadership was opposed to the hunger strike but was bereft of ideas on how to resolve the prison crisis and could not and would not advocate surrender. So they supported the men in the Blocks and the women in Armagh one hundred per cent once the hunger strike began.

The British (and Irish) establishments could not afford the prisoners to win, because of the collateral boost a victory would give to republicanism. At the same time, the hunger strike uniquely focused international attention on the horrors of the prisons and on the conflict in a way that exposed Britain, so Britain was under some pressure to compromise.

The hunger strike also exposed the hollowness and hypocrisy of the rhetoric of the Irish government (especially Haughey), the amorality of most of the Catholic Hierarchy (able to explicitly condemn republicans but not British violence), with the SDLP (as always) running around like a headless chicken. To make sure you got something through, whether true or not, to the Dublin government and on to the British all you had to do was confide in some senior SDLP member ‘in total confidence’.

One prescient British intelligence report sent to Thatcher states that the hunger strike is “deeply disliked by the leadership for it confuses the issues, gives scope for division of views, and damaging disagreement, and is outside their control…

“The [hunger strike] campaign could fizzle out, to the shame of the movement. It could turn out also, to the movement’s shame, that no effective way is found to reinforce the prisoners’ efforts.”

Two months into the strike Thatcher was able to tell her cabinet that Haughey – despite his public stance – backed her position, though calling for ‘cosmetic changes in the prison’ and he “accepted that there was nothing more that British authorities could offer them [the prisoners]”. There was, however, a slight shift in her position – the offer of ‘civilian-type clothes’ and the motive, according to Secretary of State Humphrey Atkins, was “to deprive the protestors of a great deal of public sympathy.”

But the prisoners were only too well aware that for them to have accepted these ‘approved’ clothes (‘another type of uniform’), in the absence of movement on their other demands, would have been claimed by the British as, and generally perceived as, a major climb-down, incommensurate with four years of immense suffering.

Thatcher told Haughey that she would not make any further concessions beyond “dressing up what had already been offered”.

“We cannot make any concessions” appear in the margins of other cabinet papers in Thatcher’s blue felt pen.

Although it is now well-known that Brendan Hughes ended the hunger strike unilaterally, without consulting his O/C Bobby Sands, we on the outside finessed the sequence of events for the sake of morale and at a midnight press conference merged the secret arrival of a British government document (promising a more enlightened prison regime: falsely, as it turned out) with the ending of the hunger strike.

It was either that or admit – which to the republican base was inconceivable – that Brendan had ended the strike without getting a thing.

Bobby – who turned out to be right – did not believe the British had any intention of working the unsecured promises contained in the document. But we begged him to put them to the test and that if the administration made things impossible then it could be claimed that the Brits were reneging.

Had the British taken the opportunity to resolve the prison crisis at that juncture history certainly would have been different. Instead, the British crowed victory in their briefings to the press and the prison administration felt smug, unbridled and under no obligation.

This bitter experience was to sear itself in the minds of the prisoners who were determined that there would never be a repeat of that scenario.