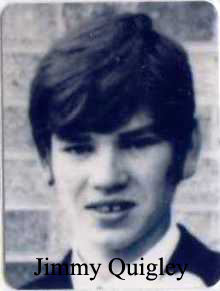 Jimmy and I went to the dance that Friday night in Clonard Hall. It was New Year’s Eve. He was 17 and I was 18. There was the countdown to midnight, followed by hugs and kisses and the singing of Auld Lang Syne. But the festivity was overshadowed. Around us were a number of girls crying and being comforted by their friends because their boyfriends were interned. In Springview Street, on the way home, we were stopped by soldiers of the Black Watch who celebrated Hogmanay by giving us thirty seconds to clear off before they shot us. Within three months Jimmy Quigley was interned on the Maidstone Prison Ship, then released, then shot dead by the Brits, and by New Year’s Eve I was in Long Kesh.

That is almost fifty years ago but for the next three decades the British army confronted you on your street every day whether you were child, woman or man in nationalist working-class West Belfast. Thanks to the peace process the British army is gone but the British state’s interference in our lives continues and will continue until the people of Ireland are free to determine their world and direction.

There are a variety of ways to respond to that continuing interference. The republican way, particularly regarding Westminster abstentionism, and the call for a border poll, is different to that of constitutional political parties across the spectrum. However, most of the parties have tried to make the assembly work: from a republican perspective as a way of directing resources to the disadvantaged, mitigating the worst of British rule but also as a platform for meaningfully engaging with unionists and building relationships.

Despite Martin McGuinness doing everything in his power to save the executive and assembly the DUP and Arlene Foster made it impossible. There was huge support for Sinn Féin when it pulled down the executive – including from some amnesiacs who now bemoan its absence. The consistency of Sinn Féin’s stance has been undermined by those who simplistically claim that the crises in hospitals and schools – which both here and in Britain are the product of Tory austerity – will be resolved if Stormont is reconstituted come January 2020. Yet, if the DUP come back un-chastened, with the same arrogance, and if the Assembly is not adequately resourced, then Stormont will not function or flourish.

Until the DUP show a willingness to work power-sharing I remain lukewarm about Stormont. Yet, like most people, I do not want another election, though if it has to be faced so be it, and I certainly do not want direct rule because I remain to be persuaded that direct rule would evolve into something advantageous – that is, joint authority (London/Dublin).

Claire Hanna and Colum Eastwood are to be congratulated for their stunning victories. But they were won on fallacious arguments. Not only will they not stop Brexit and Boris, but they were never challenged on what the SDLP’s strategy would be if Leave was to again win the so-called people’s referendum the SDLP was demanding.

There will not be a second referendum, given Johnson’s overall majority. The Tories will be in power for five years, and perhaps even ten years – or for as long as the British Labour Party takes to recover. Remember, we had Thatcher and the Tories for a total of eighteen years.

John Finucane’s win in North Belfast represents a bigger blow to the DUP than the drop in its overall vote or its failure to take North Down. Only a unifier with the stature of Finucane could have taken that historic (Edward Carson’s) seat from Nigel Dodds, a victory that means that for the first time nationalist/republican MPs outnumber unionists. I believe that Finucane’s victory will have profound and positive and long-term implications for the future. Thinking aloud, former Tory Chancellor George Osborne on television predicted that the election results would lead to a ‘United federated Ireland’ in the next five to ten years. On top of that Britain faces a demand for another Scottish referendum, however long Johnson tries to forestall it. England and English Wales are what will be left of the UK – and out there floating in space, the Six Counties. 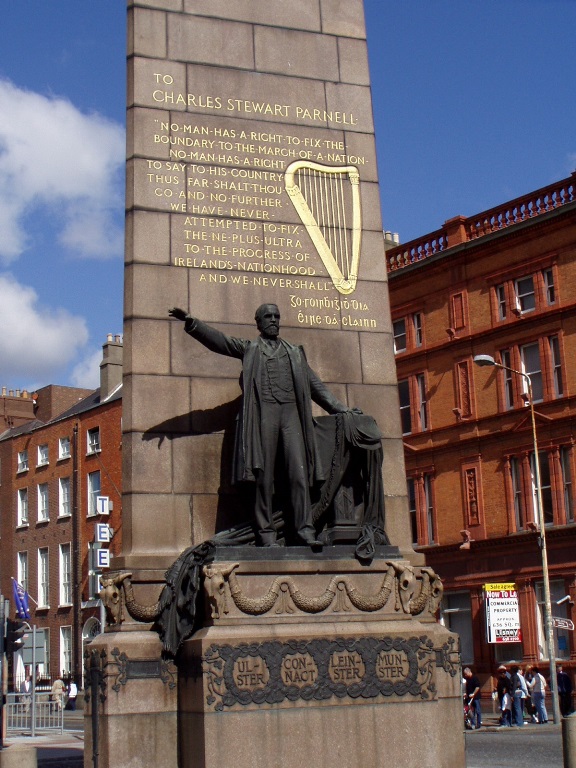 Just this week Micheál Martin, leader of Fianna Fáil boasted that there would be ‘No poll on Irish unity if I am Taoiseach’

The year 2020 will also see a general election in the South. The only major party from the North with seats in Leinster House is, of course, Sinn Féin, which because of its republican stance and its threat to the cosy status quo is relentlessly singled out for demonization. A northern policy based predominantly on attacks on Sinn Féin, as well as being offensive to the majority of nationalists, is simply no policy at all and its inadequacy becomes more exposed over time. Out of economic self-interest, rather than national sentiment, the Irish government has been forced by Brexit to protect the all-Ireland economy within the EU, but like the Johnson government’s attitude to Scotland it wants to continually postpone any discussion around real political unity.

Dublin needs to tell us in the North who live under British rule when the time will be ‘right’ for a referendum and what they are doing to prepare the ground.

So, as New Year’s Eve approaches I bring to mind my auld acquaintances, for what they struggled, for what they sacrificed and for what they died. Today, tomorrow; 1971 to 2020; every day, every year, is a continuation of that same struggle, whether as teenager or pensioner.

We are the products of a great, big West Belfast, a community which certainly knows how to cry but also knows how to laugh, how to celebrate life, and which knows not only where it is coming from, but, more importantly, to where it is going to go.

*This feature appears in this week’s Andersonstown News