This Can’t Be Right? 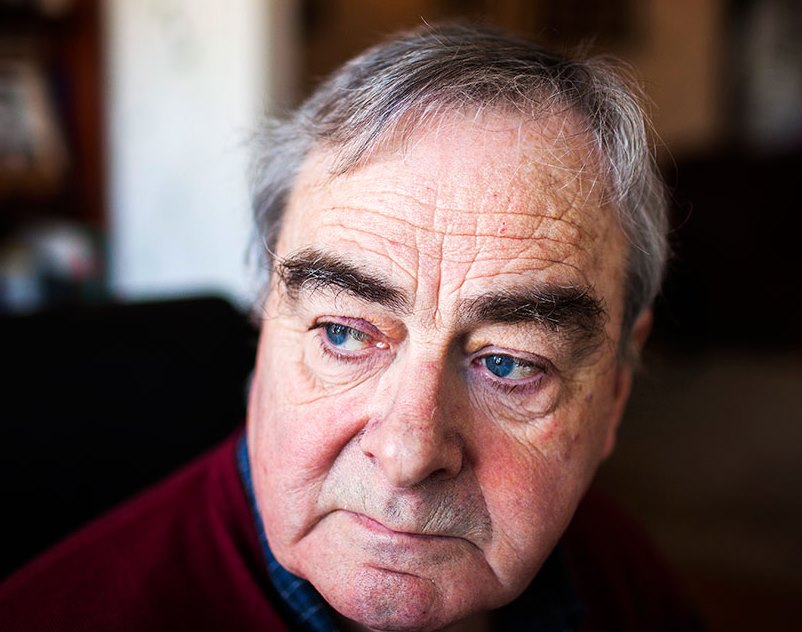 I see that Ed Moloney, one of the godfathers behind the disastrous Boston College Oral History Archive – the project that launched a thousand subpoenas – is up for an Oscar.

Only joking. But I see that a film co-produced by Ed Moloney and written by Moloney and director Maurice Sweeney, is one of four Irish documentaries selected for the Hot Docs international documentary festival in Canada next month.

I, Dolours, features an interview by the late Dolours Price with Moloney, apparently “on condition that it would be not broadcast in her lifetime.” 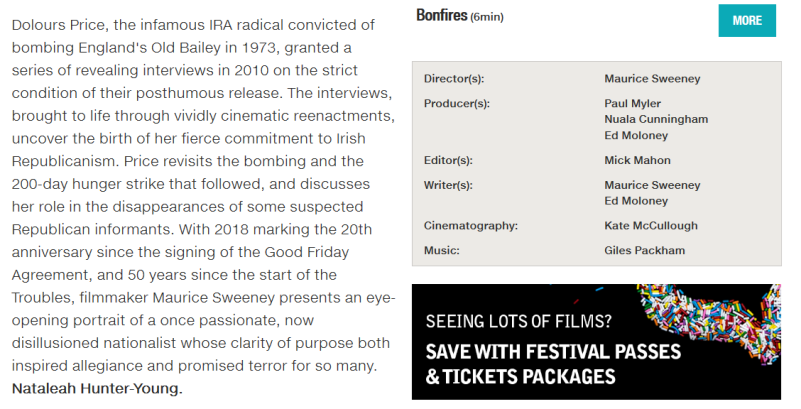 Now what is bizarre is that when Allison Morris of the Irish News published an interview with Price in 2010, Moloney went ballistic. Among the things he said were:

“When Dolours Price’s family heard that she had given an interview to Allison Morris they were alarmed. She had a history of psychiatric problems and substance abuse. She has been diagnosed with PTSD, had been hospitalized repeatedly and was taking strong psychotropic drugs. Indeed on the day she spoke to Morris she was on day leave from St Patrick’s Psychiatric Hospital in Dublin. Her family believed that in her mental state, and because of her anger over Gerry Adams’ disavowal of the IRA, she was capable of saying literally anything and getting herself into undeserved trouble.”

Yet, two weeks after the Morris interview, Moloney flies in from New York and he himself interviews on film the PTSD victim – which he has now turned into a script for a documentary. What was he doing interviewing a woman he considered to be seriously ill?

In relation to Allison Morris, Moloney’s friend and comrade from the Boston College ASU, Anthony McIntyre said: “The Irish News journalist hardly covered herself in glory when she interviewed Dolours Price at a time when Price was undergoing psychiatric care at a Dublin hospital… As both a journalist and a human being, this was hardly an example of ethical behaviour.”

Perhaps someone at the Toronto Hot Docs festival can ask Moloney to explain why it wasn’t okay for Morris to interview Dolours Price but was ethical for him to interview her a fortnight later, a woman who according to him “was capable of saying literally anything”?

By the way, when Dolours Price was interviewed in the Irish and US media Moloney indelicately described her as going “on the rampage”.