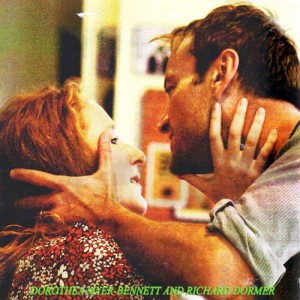 5th October. Attended a disturbing play in the Old Museum, ‘Transparency’. It was written by Suzie Miller and directed by Rachel O’Riordan. The play has resonances with the case of the two 10-year-olds who murdered two-year-old Jamie Bolger in Liverpool in the early 1990s and imagines the deceptions and lies of a similar child murderer attempting to integrate back into society and whether such a person can ever be forgiven or overcome the past. Even though there are more differences with the Jamie Bolger case than comparisons this didn’t stop the ‘Sun’ newspaper from contacting the mother of Jamie Bolger who, understandably, condemned the play and called for a boycott. It is the old question of whether there are some subjects which are so unconscionable that they are off-limits for treatment by creative writers. The playwright, former convicted loyalist murderer, Robert Niblock, experienced the same criticism from a brother of his victim when his play, ‘A Reason To Believe’, was staged to positive reviews last August, including its premiere at Féile an Phobail. He was accused of exploitation and insensitivity, whereas I do not believe he used or abused his past in order to promote his present.

Ransom Productions were brave to stage ‘Transparency’. The acting was generally powerful although I felt that parts were overwritten, there was some unnecessary ironies and repetition and some overacting by the main character played by Richard Dormer – who was otherwise superb in his frenzy and breakdown, particularly at the moment when he tells his wife his real name.

‘Transparency’ runs in Belfast until this Saturday night; Derry on 14th October; Coalisland on 15th October; Coleraine on 16th October; and Strabane on 17th October. Further details can be got here.

30th September. Representing Féile an Phobail as a guest at ‘East Belfast Speaks Out’, loosely based on the format of ‘West Belfast Talks Back. The event was held in Ashfield Boy’s School, Hollywood Road, in front of a very engaging and mostly working-class audience. Despite Jeffrey Donaldson, DUP MP, on the platform, the impression I was left with was that there were not too many DUP councillors or supporters left their firesides for the event.