“We have to learn to think differently” 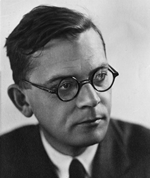 Just finished Nightmare in Berlin by Hans Fallada, written in 1946, a quasi-biographical novel about a writer Dr Doll and his wife, their experiences of the invading Russian authorities, and then their lives as morphine addicts attempting to survive a devastated post-war Berlin, both as patients in and out of clinics, and as indigents.

The novel was written just before Fallada wrote Alone In Berlin, and both were published in the year that he died, 1947. He was an incredibly fast writer and to do so he required large quantities of coffee and tobacco, “both of which the doctor who had examined his heart in April had advised him to avoid,” wrote Jenny Williams in her 2012 biography More Lives Than One. He was also an alcoholic, a drug addict, a womanizer, a jailbird and a thief, and in his time was wooed by both the Nazi and the Soviet cultural authorities. 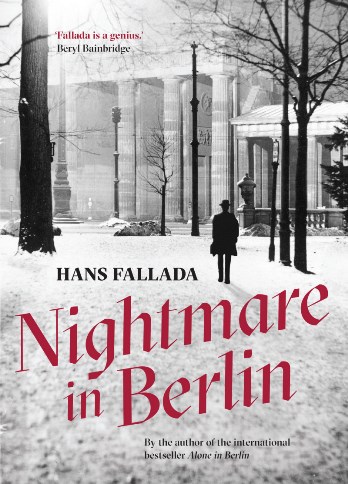 And so to the novel. When the Russians invade Germany in 1944/45 they make Doll mayor of the small village in which he lives. Reflecting on the war and all the cruelties of his nation, Doll thinks: “He was a German, and so belonged to the most hated and despised nation on earth, a nation lower than the most primitive tribe of the African interior, which could never visit so much destruction, bloodshed, tears, and misery on the planet as the German people had done. Doll suddenly realised that he would probably not live long enough to see the day when the German name would be washed clean in the eyes of the world, and that perhaps his own children and grandchildren would still be bearing the burden of their fathers’ guilt. And the illusion that they could persuade people of other nations by a simple word or look that not all Germans were complicit – that illusion, too, was now shattered.

Eventually the couple move to Berlin where the world has collapsed. When he learns that the villagers have looted the contents of his cottage he despairs: “He had found out once again, and this time to his own cost, how feral and depraved this country had become: people felt they had a perfect right to plunder and steal, since the war had robbed them of so much.”

What rescues Doll is an old-fashioned publisher who believes in him, provides him with a roof and with financial support. His apathy begins to disappear, he becomes more optimistic and he begins to notice the people picking themselves up. He applauds life itself, “forever sullied, but magnificent. The nations would sort themselves out again. Even Germany, this beloved, wretched Germany, this diseased heart of Europe, would get well again.”

As he walks back to his new home he thinks; “Maybe people will learn something, after all. Learn from their suffering, their tears, their blood. Learn reluctantly, hesitantly, or with relish. Learn that things have to change, that we have to learn to think differently…”