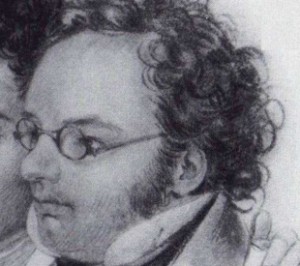 “Few know the secret of love” was a poem by the mystical poet Novalis which Schubert set to music. Although it is a setting of religious music I think the implicit sadness of the lyrics apply to Schubert who died a bachelor and whose illness precluded any meaningful romantic attachment.

I love Schubert’s music. Some years ago I read John Reed’s book on Schubert so now this Elizabeth Norman McKay book is the second biography I have read and is as arid as the former, through no fault of either writer given the dearth of primary sources. Nevertheless, you will always learn something from a book, even an unworthy one though clearly this does not fall into that category.

By all accounts, Schubert, who died of syphilis and who drank too much, was an unassuming and unprepossessing character. He believed that it was through suffering that powers of inspiration and imagination could be heightened. He was born in Vienna in 1797 and died aged just thirty-one on November 19th, 1828. His and Beethoven’s remains were re-interred in 1888 and are now in the Musician’s Grove of Honour in Vienna’s Simmering cemetery, which I hope to visit in May.

So, some extracts from the book. It says that throughout his life “he seems to have been remarkably uninterested in attending performances of his music even in Vienna, and singularly unconcerned about their reception, placing little value on the reactions of audiences in general”, yet this is later contradicted by evidence that he despaired that his music would not be properly recognised and cherished.

He was prone to depression, particularly in his last years. There is a quote from one of his letters from 1824: “In a word, I feel myself to be the most unhappy and wretched creature in the world… ‘My peace is gone, my heart is sore, I shall fine it never and nevermore.’ I may well sing every day now, for each night, I go to bed hoping never to wake again, and each morning only tells me of yesterday’s grief.”

From an early age he was “deeply opposed to belief in ‘one catholic and apostolic church’, as his righteous indignation in the summer of 1825 at memorials to the Lueg pass massacres exemplifies.”

That is a reference to a massacre by Tyrolese soldiers of Bavarian troops and the Catholic celebration of that massacre.

McKay states that Schubert was not depressed or sombre during the composition of the first twelve ‘Winterreise’ [Winter journey] songs – the music inspired by the poems of Wilhelm Müller. In ‘Winterreise’ the “traveller, the poet, the rejected lover, the singer of the songs, walks away from the girl he has lost (to a socially more acceptable suitor) and the district where she lives and he has courted her. He is a victim of despair, overcome by self-pity, misery, loneliness, and pain in an empty, hostile, and frozen landscape.”

By the time he composes the last twelve songs his declining health shows in the darkness of the music, “a cycle of grisly songs” as he described them in a letter to a friend.

The story of ‘Winterreise’ fascinates me and I am sure it influenced Hesse given the plot and theme of ‘Knulp’, which has inspired the novel I am currently working on.