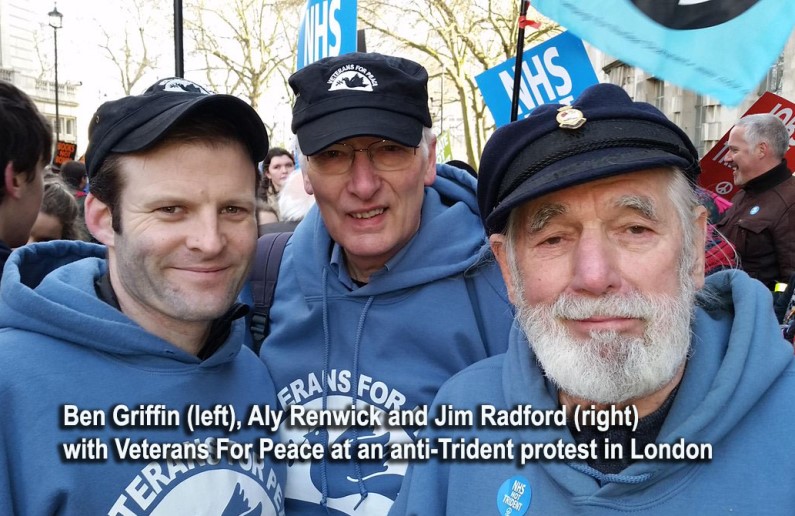 Three weeks ago I reviewed a new novel, Gangrene, about a British army undercover soldier in Ireland in the 1990s. Here, the author, Aly Renwick, explains the background to his writing the book.

I was born in 1944 towards the end of the Second World War and, from sixteen, spent the first eight years of my adult life in the British Army. Growing increasingly disillusioned, I purchased my discharge in 1968, and in Civvy Street became a worker and political campaigner.

First, to help organise the anti-Vietnam War protests that I had taken part in while still a soldier, and then later, on the north of Ireland, in opposition to the actions of an army I had once been a part of.

In late 1973, I was one of the activists who founded the Troops Out Movement (TOM). Thirty years later I wrote Oliver’s Army, an account of the army’s role in Ireland, which went out a chapter ever month on the TOM website in 2004. (See the An Phoblacht review here.)

Later, when I considered that the biggest change in Britain in my lifetime had occurred within the ruling capitalist system, I realised that I needed to address this additional issue.

In the decades after the Second World War, Keynesianism had brought the Welfare State and the National Health Service (NHS), but was then overthrown by ‘free market’ neoliberalism. A furtive political coup d’état brought the coming of the ‘Iron Lady’ (Thatcher) and the new, more virulent, form of capitalism, which affected – and with its accompanying austerity still affects – everywhere and everyone.

With the Peace Process, the conflict had ended in the north of Ireland, but the propaganda war continued apace. Many events and actions, especially those about the undercover ‘dirty war’, remained concealed.

So, I decided to write a fictional account (but one mainly based on real events), which would expose a number of the hidden things that occurred – as well as suggesting that a covert civil war within British capitalism was central to a lot of what happened.

In this, I was influenced by the previous writings of Marx on Ireland: ‘A nation that oppresses another forges its own chains’ – and the contemporary works of David Harvey, like The Enigma of Capital, and especially Naomi Klein’s The Shock Doctrine.

I had already written a well-received novel, Last Night Another Soldier, about the north of Ireland conflict, so I knew that any fiction has to be set inside a good story.

The main protagonist in Gangrene is a Military Intelligence NCO who has become disturbed by some of the things he sees and hears during his service in the undercover war in the north of Ireland. After he is blown up by a car bomb in England (by the IRA, he believes) he decides to record a log of his army experiences, while he is recuperating in an NHS hospital.

Gangrene is comprised of his logs interspersed with chapters set in the hospital and its surrounding areas, which are Blidworth – a mining village – and Mansfield the nearest town (which in the book I call Bloodworth and Mugsfield) in Nottinghamshire. The book includes 21 Logs – and 20 of the alternate chapters, which show people’s gradual realisation of what they can expect under a ‘free market’ system, especially in mining, the NHS and the rest of the public sector.

Gangrene covers the ‘dirty war’ in the north of Ireland, the Falkland War and events in Britain – like the removal of the ‘wets’ and ‘reds’ (Heath and Wilson) and the coming of Thatcher. These culminate with the Miners’ Strike, as modified forms of the security forces’ repressive techniques in the north of Ireland are used against the miners.

‘Gangrene’ is listed as a medical condition by the Shorter Oxford English Dictionary, which then states that the word also stands for ‘moral corruption.’ I used Gangrene as the book title because I considered that the events I was writing about had mainly happened because of a deep moral corruption at the heart of those dominating and running Britain.