Why The Moon Travels

My review of Why The Moon Travels by Oein DeBhairduin* and illustrated by Leanne McDonagh has just been published in the Irish Examiner, 30 January, 2021. Here it is;

This is a lovely book: lyrical, rich, full of wit, innocence and charm. They are the retelling of folk tales—origin stories—passed down to Irish Traveller children around the kitchen table or campfire as recalled and preserved by Oien DeBhariduin and beautifully illustrated by Leanne McDonagh.

The rich, lucid prose aspires almost to poetry. Each story has a short, informative introduction framing and positively embellishing the narrative. And included at the back is a Glossary of Gammon words that appear in the stories. Gammon is the language of the Travellers which they used in unkind and unwelcoming spaces. 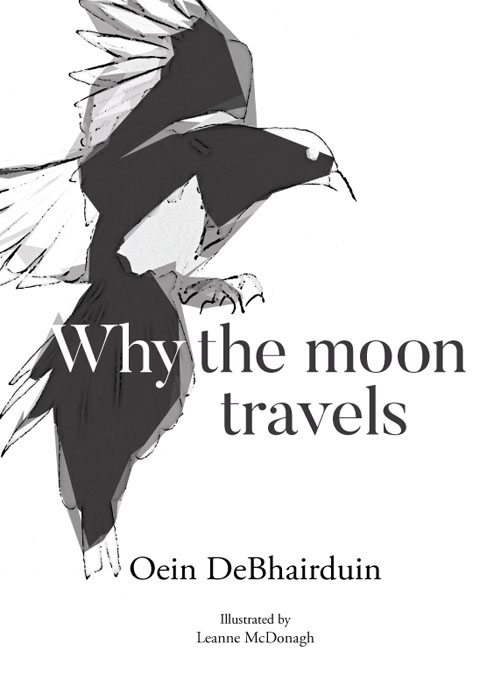 The first yew tree, now ubiquitous in cemeteries, came into being as a result of a husband pining over the grave of his young wife and child, taken by a deadly fever. The young man stands vigil at their grave and eventually becomes “something else” and turns into the first ever graveyard yew tree.

During the great flood the Mincéirí (Irish Travellers) in despair prayed and willed the clouds away. So, the sky answers their prayers only for the land to be now plunged into drought and hunger. Brid, a young lackeen (girl) struggles up a hill and first begs the sun, then a star and the moon to help bring back the clouds and rain.

“She spoke of the need for rhythm, of the folly of her people who in fear hard driven away the natural movements of the sun.”

But she is ignored. Exhausted she drops to the ground and dies. It is then that the firmament becomes sorrowful and sheds tears for her, which fall to earth and restore its health. The sun, the star and moon promise the young lackeen that they will never forget her. From her fallen tears the dandelion is born. It resembles the sun when it is in flower, the moon when it is in seed and the star is in the leaves that grow about its base.

Other stories are told about where the fox gets its voice, the fish its scales, where spiders come from, how rivers and bogs are formed, how the magpie came into being, why there are hooded crows, and how the badger got its stripes from the fingers of a young beoir (woman) who stroked its back in gratitude after it freed her from a rock under which she was trapped. And, of course, no Irish folk stories would be complete without mention of the fairies (griwógs) who live in our midst, undetected! 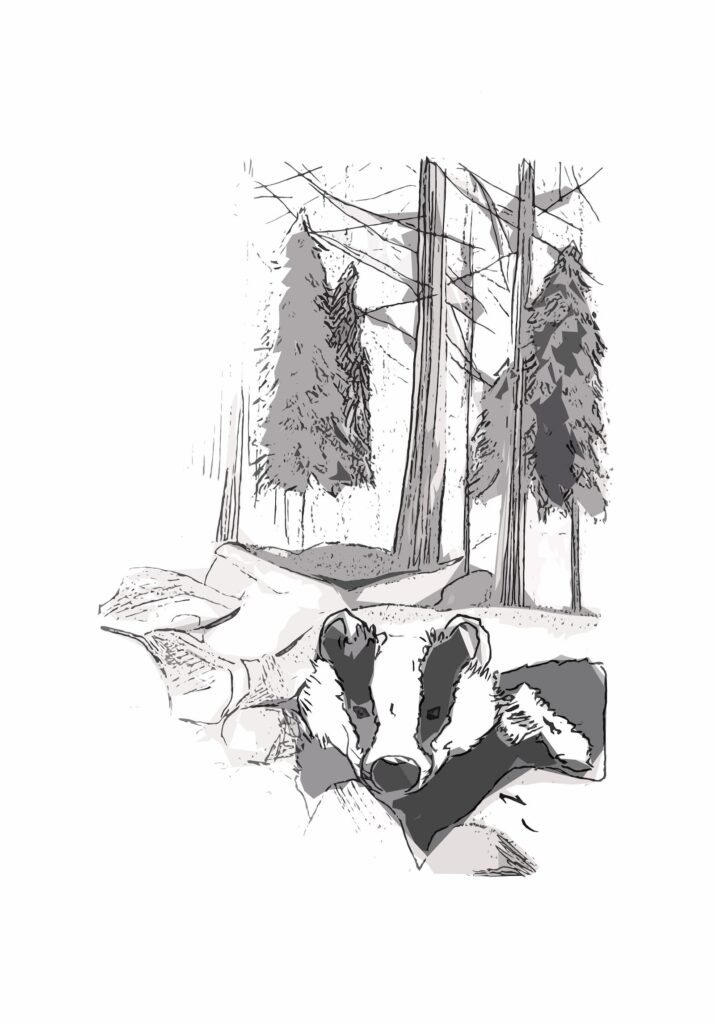 I love hedgehogs and one of the most delightful tales was how the gráinneog—“the kindest and most humble of all the animals”—got its coat of spines and short legs when it helped to feed the people during the Famine, including a Mincéir family who had made their molly (camp) in a clearing on the edge of a wood.

“Stories are how we explain the world around us to others and ourselves,” says DeBhairduin. “Each story messages to us, some clear, some oblique, but always speaking to us when we choose to listen.”

There are morality tales about the cost of greed and that true freedom, friendship and care cannot be bought.

A mysterious horse safely guides three goklyns (children) through the sacking of Tuam in 1920 and past gun-wielding soldiers.

A young Mincéoir couple slowly make their way to Dunmore (because the wife is physically disabled from childhood when she was struck by a cart). Into a well the husband throws a pebble and makes a wish. Suddenly his wife is able to give him her first dance, something she couldn’t do on her wedding day. However, word spreads about the wishing well to which masses of people flock. I’ll not tell you how it ends!

DeBhairduin writes that, “Travellers have lived on the edges of society and have moved through the ages with feet in two worlds, the modern world and an older Éire, keeping custody of songs, crafts and tales that contain unique understandings of our time and place, which might otherwise be forgotten.”

He sets out to reclaim a proud tradition—and does so with great success—in this, “the first collection of folktales written by a Traveller about Travellers and illustrated by a Traveller.”

All of the stories reflect and celebrate how close Travellers have been to nature.

“For many Travellers, the gift of a story comes with the responsibility to retell it, for untold stories pass into the forgotten.”

This is a book that will delight young or old alike, and you’ll relish and appreciate its little, almost philosophical gems of wisdom about life and living and relating to the world.